Sojitz will serve as a special sponsor for the theatrical production of “Ka no Otoko Jujirou ni Mi o Okantosu” (presented by LiveUpCapsules; Representative: Yuko Murata) based on Suzuki & Co., which will be performed in April 2023 in both Tokyo and Kobe with the support of over 30 companies and municipal governments. 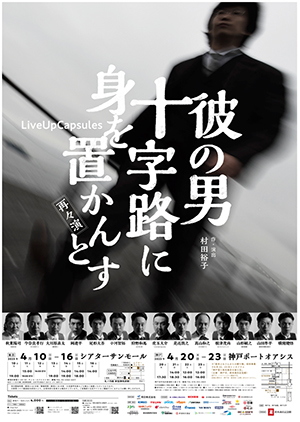 The production was scheduled to be performed in April 2020 but was forced to close right before opening due to the Covid-19 pandemic. The upcoming performances will be carried out thanks to the support from the city of Kobe and a greater number of participating companies.

Sojitz will collaborate together with the city of Kobe (the founding city of Suzuki & Co.) for this Kobe theatrical production alongside Suzuki & Co. affiliates such as Kobe Future City Co., Ltd., Kobe-Osaka International Port Corporation, and Eki Soare Seishin Chuo shopping center to hold invitational events entitled “Gifts from Yone Suzuki.” The 2023 year will mark the 156thanniversary of the opening of the Port of Kobe. To honor this anniversary, 156 guests (including educators, tour guide volunteers, and port-affiliated parties) will be given free admission to selected venues. (The city of Kobe plans to organize and select the venues.)

Additionally, the city of Kobe plans to honor its historical contribution to Suzuki & Co.’s business legacy by hosting the following events after the theatrical production and 150th port opening anniversary.

*BE KOBE modern and postmodern history project
The project is run by young volunteer members in Kobe. The organization’s website communicates Kobe’s history in an easy-to-understand format and aims to inspire love for Kobe and foster Kobe pride.

All events are scheduled around April 2023, and Sojitz will provide support together with the Tatsumi Association, Suzuki Shoten Museum, and other companies and organizations affiliated with this theatrical production.

Sojitz began publishing a historical manga starting from June 2022 entitled “Hassojitz - A General Trading Company ‘The Pioneers who Paved the Future of Japan,’” which was donated to Kobe Children’s Book Forest and Kobe public libraries (12 locations) in order to broadly educate the next generations on Sojitz’s company history, which includes Suzuki & Co.

This theatrical production features Suzuki & Co.’s head clerk, Naokichi Kaneko, who instructs employees to travel around the world as they create one new business after another. Viewers are introduced to the strong sense of mission felt by general trading company staff (“shosha persons”) at the time, and the energy and speed with which these employees realized business initiatives. Just as the company is portrayed onstage, Sojitz will strive to create a future of prosperity that carries on the mission of its predecessors.

[For inquiries on “Gifts from Yone Suzuki” invitational events]
Kobe Port and Harbor Bureau Promotion Section +81－78－595－6282
*For further information on the Suzuki & Co.-related panel discussion, walking tour, and historical exhibit, please refer to the materials provided by the city of Kobe.