Sojitz Corporation (“Sojitz”) has participated in The Yuchengco Centre Project(“the Project”) for the redevelopment of a Makati City office building, a project run by the House of Investments, Inc. (“HOI”), one of the major flagship corporations of the Yuchengco Group. Sojitz has acquired stake in San Lorenzo Ruiz Investment Holdings & Services, Inc. (“SLR”), a special purpose company under HOI, by investing in SLR for approximately JPY 6 billion. 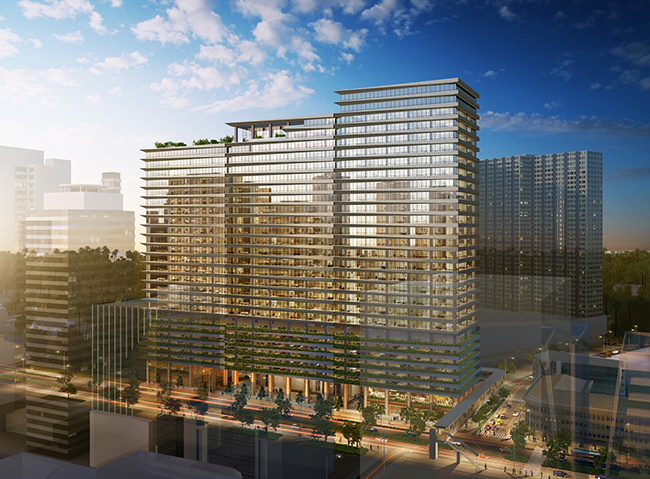 The Project involves the redevelopment of a former Mapúa University site, owned and operated by HOI Group, following the building’s deterioration and university’s relocation. Sojitz will embark on a redevelopment of the site to build a large-scale, 27-story office building with three basement levels and a gross floor area of approximately 83,710㎡ in the center of Makati City in the Metro Manila region, which is the economic center of the Philippines. Construction is set to begin in March 2022, with leasing and building operations planned for June 2025.

Nikken Sekkei, Japan’s largest architectural firm, has collaborated on creating the design concept for the building. The spatial configuration of the site will be maximized to create a standard leasable area*¹ of 4,000㎡ (approximately 1,210 tsubo), which is one of the largest standard leasable area in Metropolitan Manila. Based on tenant requests, Sojitz will provide a floor plan that can be flexibly divided into multiple configurations. Additionally, the new building will seek to obtain LEED certification*² under the green building rating system as well as WELL certification*3 which is an evaluation system to ensure health and wellness standards. The Project will thus incorporate a sustainability-based approach and will feature a sophisticated environmental redevelopment plan.

Sojitz has positioned Yuchengco Group and HOI as strategic partners for its business expansion in the Philippines. In March 2019, Sojitz established a GEELY brand vehicle import and sales distributor in the Philippines, Sojitz G Auto Philippines Corporation, in which HOI invested as a business partner. Following GEELY, the Project will be second on which Sojitz will collaborate with HOI, and Sojitz will pursue further collaboration and co-creation opportunities together in the future.

Sojitz has a demonstrated track record of developing and operating office buildings, residential developments, and industrial parks both in Japan and overseas. Leveraging these experiences, Sojitz will strive to support sustainable development and growth for society in accordance with its company-wide policy. Through the Project, Sojitz will work together with HOI to contribute to further developing and invigorating the Philippines.

Overview of the Development

[Image of Completed Building]
[External façade from south side of the highway (Image provided by Nikken Sekkei Ltd.)] 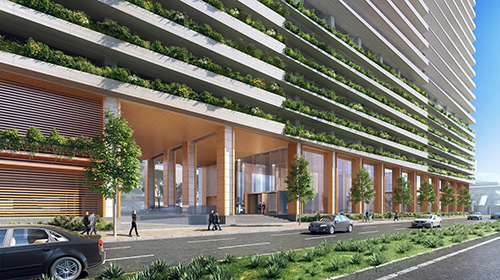 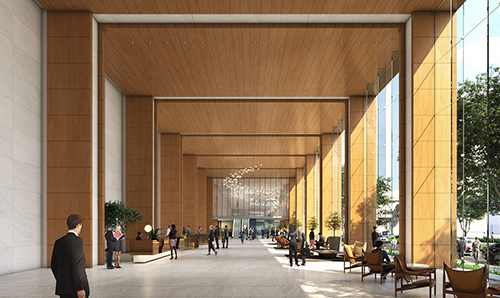 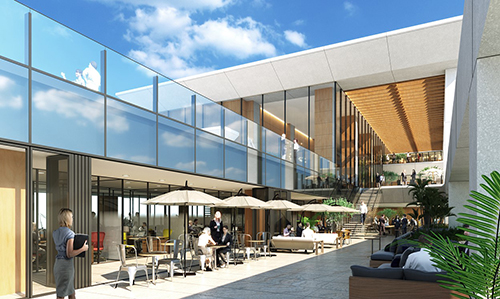