Sojitz Corporation (“Sojitz”) has announced it will underwrite approximately JPY 7 billion in shares of LBS Digital Infrastructure Corp. (“LDIC”), a tower operator*¹newly established by a management team affiliated with the major Philippines’ telecom construction company LBS Technologies Asia Pacific Corporation. Additionally, Sojitz has now acquired the right to hold a controlling interest in LDIC. Through this investment, Sojitz will make its first foray into the Philippines’ telecommunications market, where the telecom tower business has entered a growth stage. 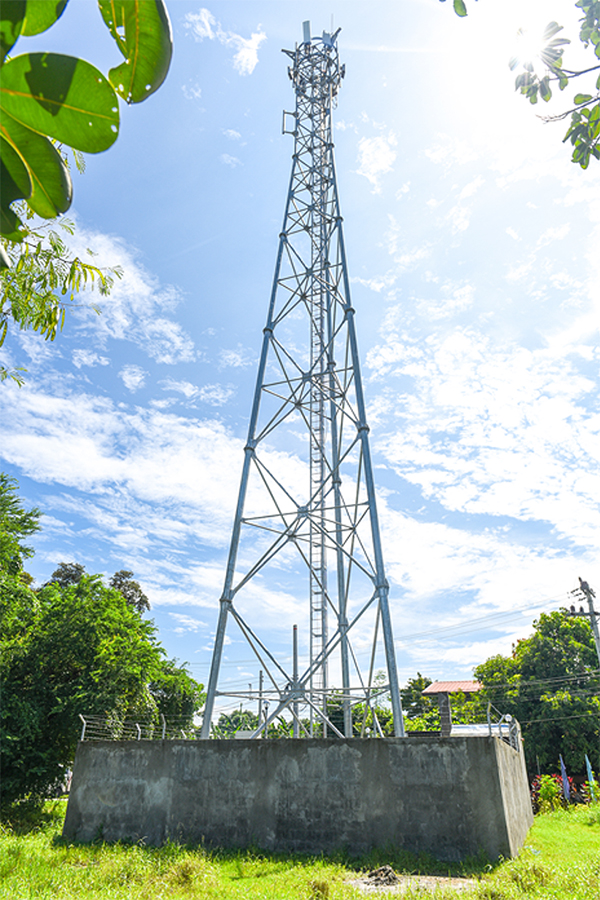 [A standard telecom tower in the Philippines]

The Philippines telecom market is expected to demonstrate significant growth and is regarded as one of the most promising markets in Asia in terms of the telecom tower business thanks to the entrance of a third mobile operator to the market and the government’s endorsement of telecom tower sharing.*² By entering the tower business at this early stage of market liberalization, LDIC aims to secure its position as one of the Philippines’ largest tower operators. LDIC’s business expansion will leverage its access to abundant pre-identified potential tower sites in the Philippines and its established record of tower design and construction together with Sojitz’s management resources.

With the global spread of smart phones and 5G, mobile carriers are shifting their means of differentiation from infrastructure to services and content. An expansion of telecom tower businesses will make it possible for mobile carriers to quickly and efficiently invest in infrastructure for building their own networks in order to offer mobile users an improved standard of living with extensive network offerings. Sojitz and LDIC will promote telecom tower sharing which will consolidate various telecom towers constructed by the country’s mobile carriers in order to reduce capital investment costs and preserve the landscape.

Under these circumstances, Sojitz will leverage its experience and know-how from previous businesses to establish telecom tower infrastructure in the Philippines that will improve the telecommunications environment and Filipinos’ quality of life. At the same time, Sojitz aims to expand the telecom tower business to other regions and related business fields. Specifically, Sojitz will also provide added value to LDIC’s telecom tower business through installation of carbon fiber towers manufactured by the Sojitz Group company, IsoTruss. Damages caused by the frequent typhoons in the Philippines, such as the collapse of towers or deterioration from salt damage, can be resolved through installation of IsoTruss towers which are lightweight and resistant to corrosion.