The plan is to build a 74.95MW biomass powerplant on the grounds of Nippon Paper Industries’ plant in Yufutsu, Hokkaido, right next to Tomakomai Port. This would make it one of the largest biomass mono-fuel combustion power plants in Japan, providing enough electricity to cover the energy consumption of 160,000 homes. Construction is slated to begin in March 2020, with the plant entering commercial operations in January 2023. Operation and maintenance of the power plant facilities will be outsourced to Nippon Paper Industries, and all electricity produced by the project will be sold to Hokkaido Electric Power Company using Japan’s feed-in tariff scheme, for a period of 20 years.

Japan has high hopes for biomass energy. The country’s “Basic Energy Plan” looks towards biomass as a renewable energy source which could provide stable energy production in the country, and Sojitz and Nippon Paper Industries have positioned the project as one aligned with government policy. In procuring sustainable fuel, the project will import woodchips and PKS*, as well as use biomass derived from thinned wood in Hokkaido (such as unused forest residue). Effective use of this unused fiber helps to maintain theforest environment, as well as  reinvigorates the local economy by creating new jobs and industries.
* Palm kernel shell(PKS): Byproduct of palm oil production

Sojitz’s renewable energy projects until now have involved the development or operation of solar power and wind power plants in Japan, Europe, and the Americas. In terms of business centered on forest products, Sojitz has produced, sold, and distributed woodchips in Vietnam and other countries for many years. Sojitz Group has also procured domestic logs through its subsidiaries in Hokkaido.

Sojitz will use its experience in these areas in what will be the first biomass mono-fuel combustion power plant project for the company. Sojitz is committed to putting even more effort into creating renewable energies both in Japan and abroad, utilizing the business foundation developed and expertise honed through these businesses. 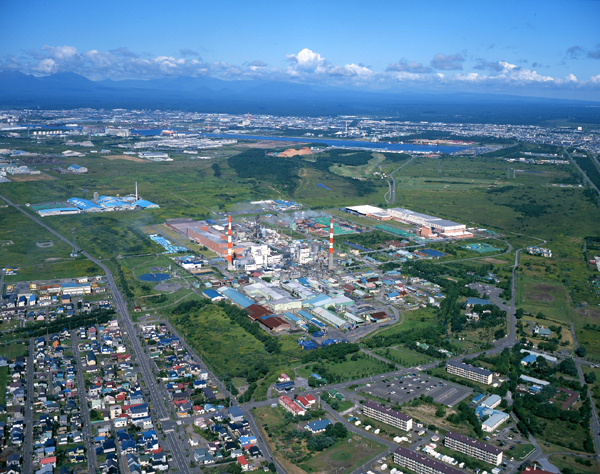