-Project to Supply Half of Ulan Bator’s Electric Power-

This project is attracting attention as Mongolia’s first IPP project that includes participation by foreign companies with high-efficiency generating technologies and power plant operating expertise. When the order is officially received, Sojitz, International Power GDF Suez, and Posco Energy will each invest 30% and NEWCOM will invest 10% in an IPP company in Mongolia. The participants are also looking into obtaining support from the Japan Bank for International Cooperation with regards to establishing a financing facility relating to the project.

The CHP5 plant will generate 450 MW of electricity as well as 587 MWt* of heat. Mongolia is a cold-weather country where temperatures can drop to as low as -50°C, and securing primary key services is essential. The electricity and heat generated will be for long-term stable supply within Mongolia.

Mongolia is enjoying economic growth supported by abundant natural resources including coal, and economic growth in 2012 is expected to be 14.8%. In conjunction with this growth, demand for electricity is increasing by approximately 7% annually. Current power plants have been operating for 20 to 40 years, and as a result, electricity shortages caused by declining output are worsening. The CHP5 project, which is scheduled to begin operating in 2016, will supply approximately 50% of electric power (approximately 960 MW) in Mongolia’s central region including Ulan Bator.

Ulan Bator, the planned construction site, is experiencing severe environmental problems including air pollution caused by combustion of the low-grade coal for heating, and the new CHP5 plant will feature thermal efficiency approximately 40% higher than existing plants and will reduce coal consumption by about 30%. In addition, the plant will be fully equipped with pollutant control facilities that will cut sources of air pollution including particulate matter by 99% and sulfur dioxide and nitrogen oxides by more than 70%, making significant contributions to limiting environmental pollution.

Sojitz designated overseas IPP projects as a core business segment in its medium-term management plan covering the period from 2012 to 2014 and seeks to secure stable earnings. Sojitz is focusing on IPP projects in the Middle East and Asia, which have robust demand for electric power, and is currently implementing IPP projects in Saudi Arabia and Oman in the Middle East and in Vietnam in Asia. Sojitz also acquired a 10% stake in Inner Mongolia Zhogmeng Coal Co., Ltd., a wholly-owned subsidiary of the Chinese-Inner Mongolian Erdos Group that engages in resource-related businesses, to participate in the coal processing and distribution business.

* Megawatt thermal. One million thermals, a unit that expresses the capacity of heat-using facilities. 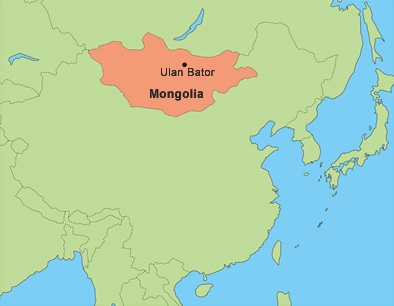