Sojitz Corporation and its partners Kahrabel GDF SUEZ Group and Al jomaih Holding Company of Saudi Arabia in a consortium for the construction of Riyadh IPP, have signed a 20-year Power Purchase Agreement with Saudi Electricity Company (SEC).

SEC will be the sole off-taker of the power sold by Dhuruma Electricity Company, the project company in which it has 50% participation, the sponsor consortium holding the other 50% (20% Kahrabel GDF SUEZ Group, 15% Aljomaih Holding Co and 15% Sojitz Corporation). With this signing of the Power Purchase Agreement the consortium has reached an important first milestone in the project.

Riyadh IPP is a greenfield gas-fired independent power project with a capacity of 1,720 MW, situated about 125 km west of the Kingdom’s capital. Total investment cost will be approximately 200 billion yen. Construction of the power plant will start in June 2010, and commercial operation is scheduled to begin in May 2013. 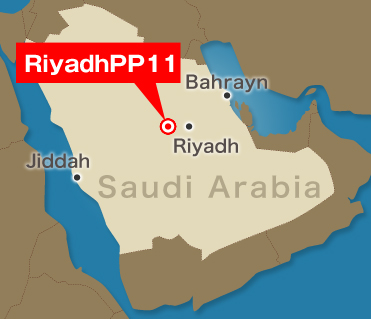 The consortium will be working with Hyundai Heavy Industries (HHI) of Korea as EPC contractor. The consortium will use gas turbines from General Electric, USA in combined cycle power system which has higher efficiency and is friendly for the environment.

Sojitz is also working with Kahrabel GDF SUEZ Group for the greenfiled IPPs in Sultan of Oman and aiming to execute the PPAs in this month as well. Sojitz recognize GCC as one of the targeted regions to the extent of IPP investment and will be continuously seeking the opportunities on the investment in the region.