Unraveling Sojitz’s DNA: Introducing Sojitz’s History as a General Trading Company through Manga “The Pioneers who Paved the Future of Japan” Volume I – The Founding

Sojitz is one of Japan’s general trading companies, which is considered a business model unique to Japan. To introduce Sojitz’s history in an accessible way to all generations including the next generation of leaders, Sojitz has released a historical manga that details the story of Sojitz’s predecessor companies and how their business activities contributed to society and paved the way for the future. The manga’s first volume, “The Founding” is now available on the Sojitz website.

Sojitz originates from three predecessor companies— Suzuki & Co., Ltd, Iwai & Co., Ltd., and Japan Cotton Trading Co., Ltd.—and boasts over 160 years of history as a general trading company. These three predecessor companies were bursting with innovative ideas and entrepreneurial spirit, developing a range of businesses in anticipation of the next generation to lead Japan’s industrial revolution after the opening of the country. 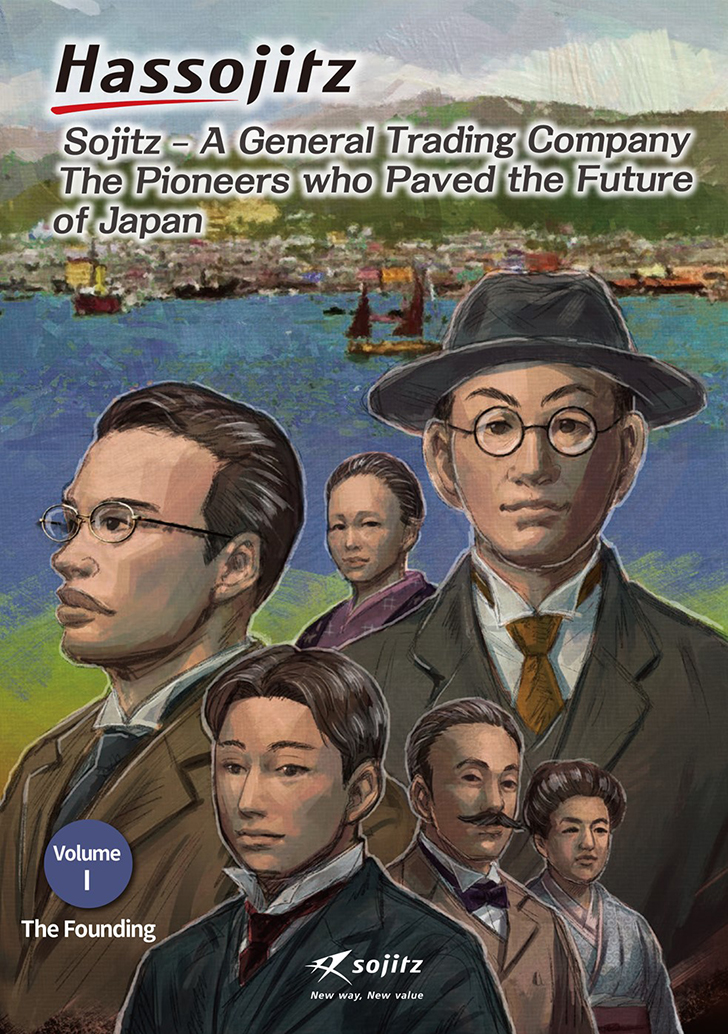 In the manga’s first volume entitled “The Founding,” the reader is taken back to Kobe’s foreign trading settlement after Japan’s opening to the West, introduced to Osaka’s merchants’ collective efforts to establish cotton spinning as a new industry, and transported to the post Sino-Japanese War era and Japan’s expansion to Taiwan as pioneering business leaders attempted to produce celluloid in Japan from the raw material of camphor. Please enjoy this introduction to Sojitz’s history. By looking back at our origins, we can be reminded of our predecessors’ mission as we create a new era at Sojitz. New installments of the manga will be released every quarter from the second volume.

Sojitz’s catchphrase “Hassojitz” is based on the company’s in-house competition to encourage new business creation. Just like Sojitz’s predecessors, current employees at Sojitz strive to create opportunities that pave the way for new business. Sojitz’s vision for 2030 is to become a general trading company that “constantly cultivates new businesses and human capital.” 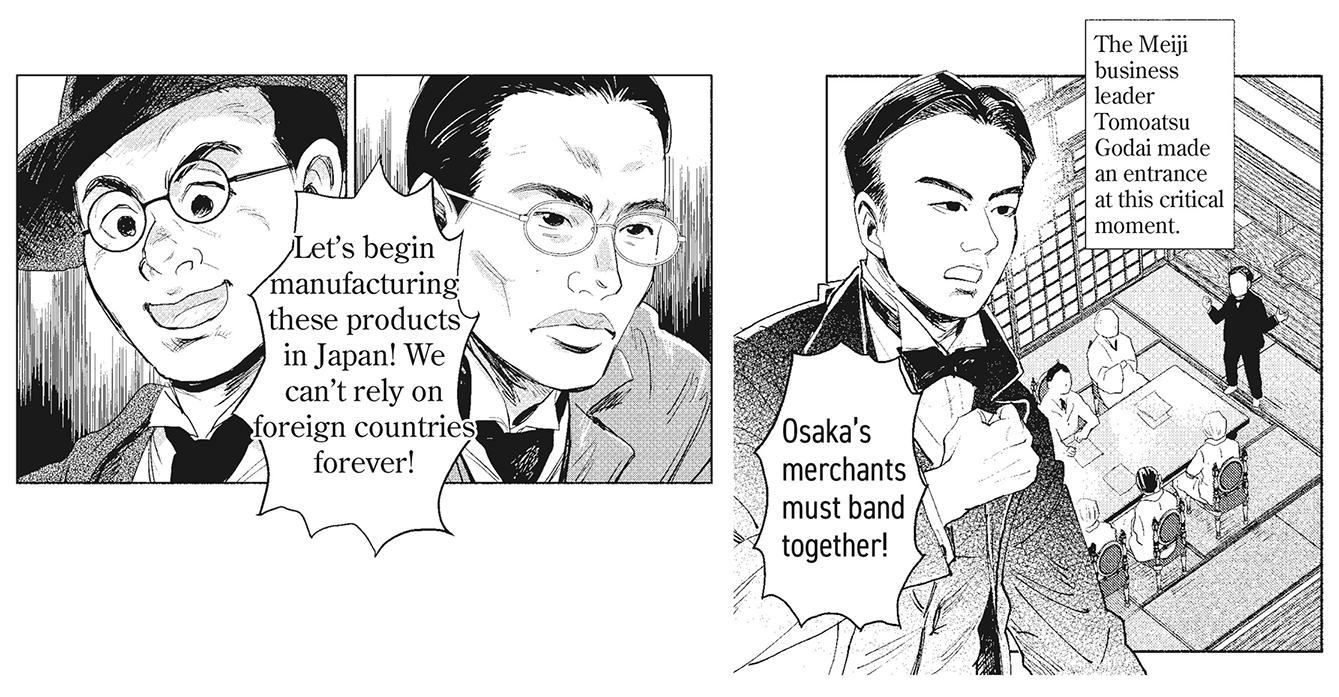 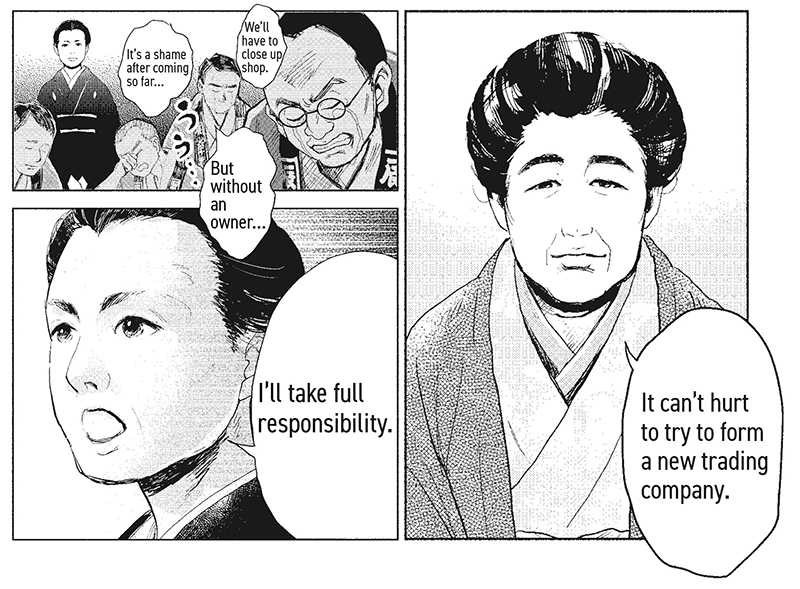