Production at Phoenix Oil Field in Gulf Of Mexico Begins

In addition of the production from Phoenix field, Sojitz’s total production rate will be 28,000 boepd at the end of March 2011. 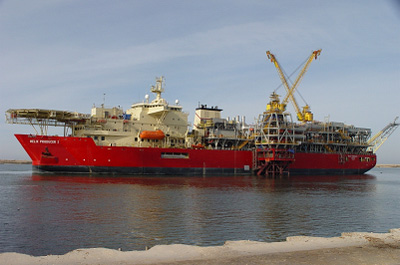 Although production from Phoenix Field was commenced by Chevron USA, Inc in 2001, production has been suspended because the TLP was capsized by Hurricane Rita in 2005. ERT acquired all working interests and planned to use FPU for the purpose of producing this field. Sojitz GOM Deepwater, Inc acquired 30% working interest of this field from ERT in 2007.

FPU incorporates a disconnectable turret system that allows the vessel to disconnect from the production buoy in a matter of minutes in the event of an emergency. The flexibility of the FPU concept was successfully demonstrated on its deployment as a rapid-response vessel during the BP Macondo oil spill response in 2010.

Sojitz aims to maximize the value of its oil and gas assets and achieve stable production over the world.