Sojitz Corporation has been awarded from Emirates Aluminium Company (EMAL), a contract for the Rectifier package as well as a single Auto type transformer, for the world's future largest single aluminium smelter.

The new smelter, currently under construction in Al Taweelah area, near Abu Dhabi in the United Arab Emirates (UAE), intends to produce 1,400,000 tonnes of Aluminium per year when Phase 2 of the project is completed.

Regarding the rectifier that makes up the heart of the aluminium smelter, Sojitz and Fuji Electric Systems Co., Ltd. will jointly undertake all operations, from initial work through to installation and commissioning. Furthermore, Sojitz will establish its Abu-Dhabi branch office to manage a smooth operation in conjunction with EMAL.

Worldwide, approximately 40 million tonnes of aluminium ingots are produced annually to be used as building materials, and as a weight reducing material in the manufacture of automobiles and aircraft. Production is growing at a rate of 4 - 5% a year. In addition to major producers such as Russia, China, Canada and Australia, the Middle East region is drawing attention as a new aluminium ingot producer, in which region abundant natural gas is available and the electricity required for aluminium smelting is inexpensive. 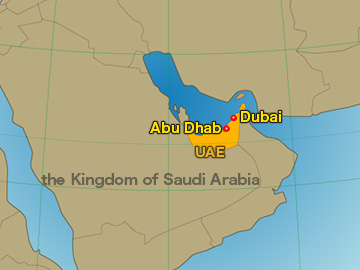