Sojitz Corporation and Sojitz Machinery Corporation (Head Office: Chuo-ku, Tokyo; President and Representative: Satoshi Nagakubo) have received other orders in succession for stainless steel production facilities from the leading Spain-based stainless steel manufacturer ACERINOX Group, the world's second largest producer of stainless steel. The total amount of the three projects for which orders have been awarded is approximately 11 billion yen.

(3). Project for Acerinox
An order, for approximately 2 billion yen, has been received for a project for Acerinox to enhance their existing facilities, No.3 Annealing and Pickling line. An annealing furnace manufactured by Chugai Ro Co., Ltd. will be introduced in order to increase the capacity of the existing annealing furnace by about 20%. Operations are scheduled to commence in April 2008.

The Sojitz Group's history of trade with the Acerinox Group covers more than 30 years since Acerinox was founded. Utilizing the collective strengths of Sojitz, the Group continues to promote project arrangements and proposal-making activities that suit on-site needs. 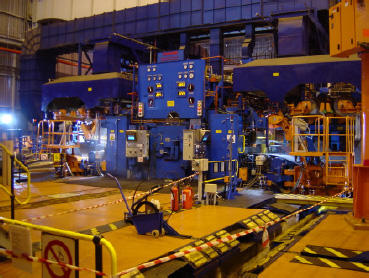