The joint venture company Komsomolsk Forest Products will be established with a capital of 280 million yen, 51 percent of which will be provided by Sojitz and 49 percent by Flora. The company's president will be dispatched from Sojitz. The plant will be constructed in Komsomolsk, Khabarovsk, with operations scheduled to commence in August 2007. Larch logs will be purchased from Flora, which will then be cut and dried to produce the veneer that is required to make plywood. The production capacity of the plant will be approximately 120,000 cubic meters per year.

Japan's leading wood-processing company SEIHOKU Corporation (Head office: Bunkyo-ku, Tokyo; President: Atsuhiro Inoue) will provide technical support to Komsomolsk Forest Products. Three to five engineers from Japan will be stationed at the plant to maintain Japanese processed product-quality, which is at the highest level in the world. Sojitz will handle transport to Japan of the products to be manufactured, which SEIHOKU will make into plywood at its respective domestic plants in the SEIHOKU Group.

Behind the project, there are promotions of various policies of the Russian government toward wood industrialization. While export duties on logs are maintained, those for processed wood products are being reduced so as to promote industrialization. The Japanese government welcomes the entrance of Japanese companies into the Russian Far East, and places great expectations on the success of the project. Further, there is an advantage that the transportation costs for processed wood products are less than for logs due to their having better transport efficiency.

Flora is a leading forest products company in the Russian Far East that exports 800,000 cubic meters of logs per year. Although in recent years the mainstream has been export to China, Sojitz has long served as a central liaison for imports concerning transactions with Japan.

Sojitz imports 2.6 million cubic meters of logs annually, and its Forest Products Division tops the sales list for trading companies. In particular, import of Russian logs is one of Sojitz's core businesses, as can be understood from the fact that the company's annual transaction volume is 1.1 million cubic meters and that it is ranked first in the import of logs with its import share of approximately 20 percent. Through the strengthening of relations with Japan's leading wood-processing company SEIHOKU, Sojitz will focus on business development in downstream fields, along with focusing on business development from midstream fields centering on logging and transport, in which the company excels, and on upstream fields such as local processing. 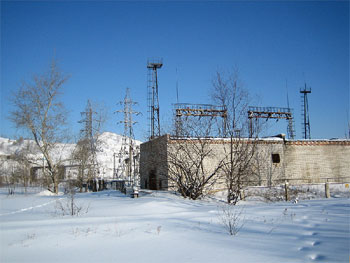