‘I Love Mau‘Anthology of English Poetry' for Sale Nationwide

Sojitz Corporation has commenced the manufacture and sale of DVDs. The first products to be released are DVDs of ‘I Love Maus!', which is a children's TV program that has been aired in Germany for over 30 years, and which features a character who is a darling of the public,‘Anthology of English Poetry', which introduces, together with beautiful scenery of England, the lives of English poets and writers and of their work that have gone down in the history of English literature. Both DVDs are available via the internet and at DVD shops and mass retailers across the country.

Maus is the popular character that appears in the infotainment program for children, which has been aired by WDR (Westdeutscher Rundfunk) since 1971. The program, which is not only for children but also for adults to enjoy, is aired in over 60 countries worldwide. In Japan, the program has been aired by NHK Education since April 2005 as ‘I Love Maus!' ‘I Love Maus!' is a 5-minute program, consisting of two parts; an animation part in which Maus and his friends appear, and a live-action part that covers questions that arise in day-to-day life in an easy-to-understand manner. ‘Maus Tabemono (Food) Series' and ‘Mono ga Dekirumade 1 (How things are made)' have been released as ‘part of the I Love Maus!' series, and ‘Mono ga Dekirumade 2' and ‘Ikimono (Creatures) Series 1' are scheduled for release in January 2006. 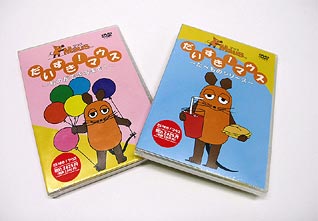 By looking back on the lives of poets and writers such as Wordsworth and Shakespeare, whose names shine brilliantly in the history of English literature, and on the background of their work, the DVD allow viewers to follow their thoughts put in words. The beautiful scenery of England, shot in the digital high vision format, is just overwhelming. The product is available as a set of six volumes. 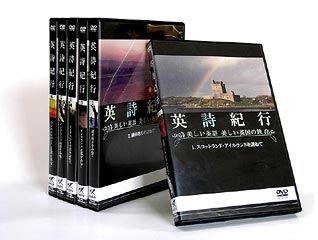