HomeSpecialRunning Out of Tuna? How Tuna Farming is Changing the Future Landscape of Marine Resources

Running Out of Tuna? How Tuna Farming is Changing the Future Landscape of Marine Resources 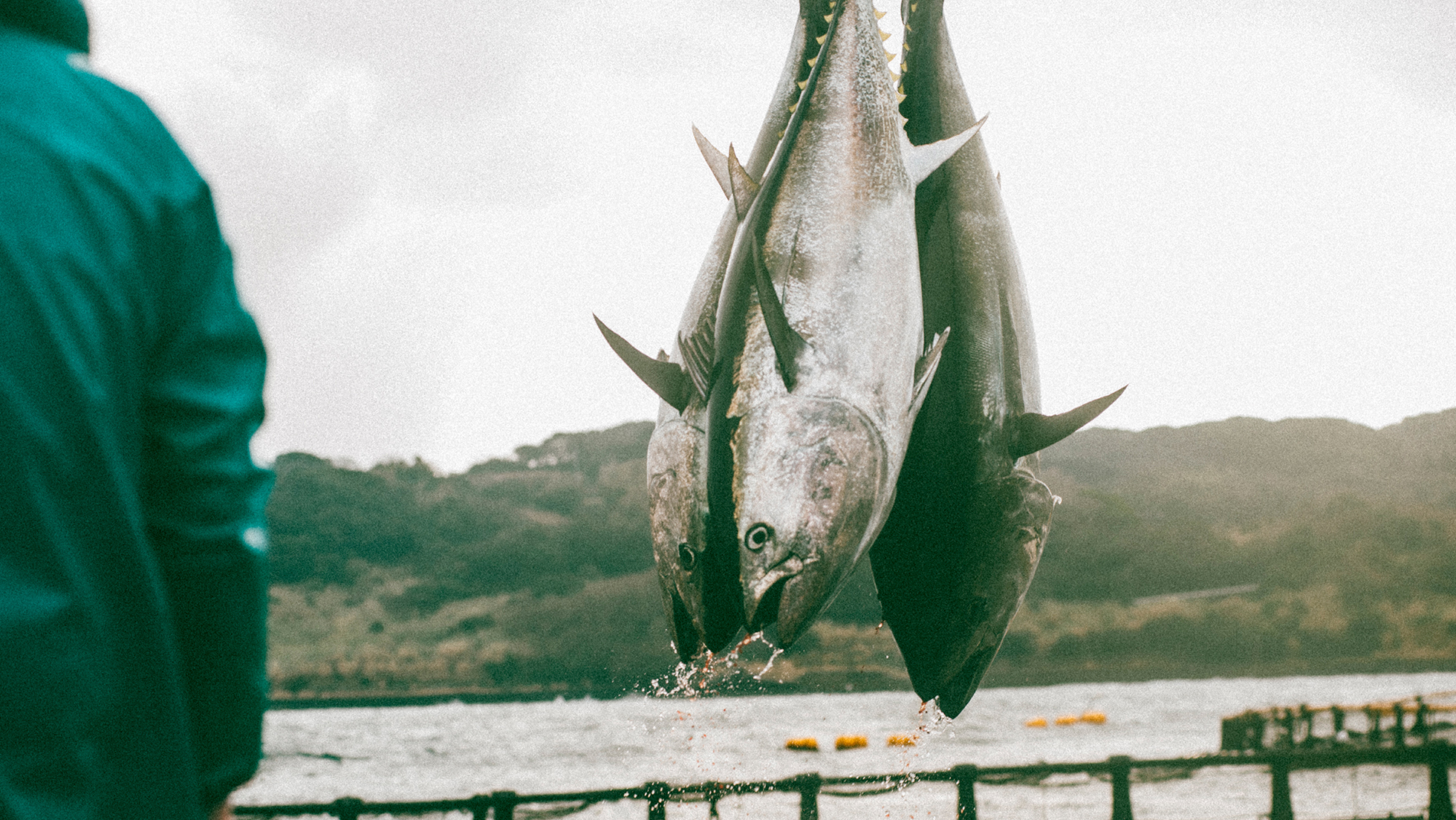 Overfishing around the world has led to strict bluefin tuna resource management. Yet, you can always find tuna on the menu at any sushi restaurant. In the not-so-distant past, bluefin tuna was priced just out of reach at several thousand yen per roll. Thanks to improvements in aquaculture technologies, bluefin tuna has become widely available and more familiar for consumers.
In Japan, there are over 100 small and large-scale tuna farms across the country. Sojitz Tuna Farm Takashima is a Japanese producer of premium Takashima Bluefin Tuna, which is farmed using carefully selected feed, organized cage farming, and the attention to detail characteristic of Japan’s aquaculture professionals. What distinguishes Sojitz Tuna Farm Takashima’s tuna, and what is the secret behind its high-quality fish? Join our social studies field trip to Sojitz Takashima Tuna Farm, where aquaculture professionals pursue not only flavor but also sustainable marine resource initiatives. 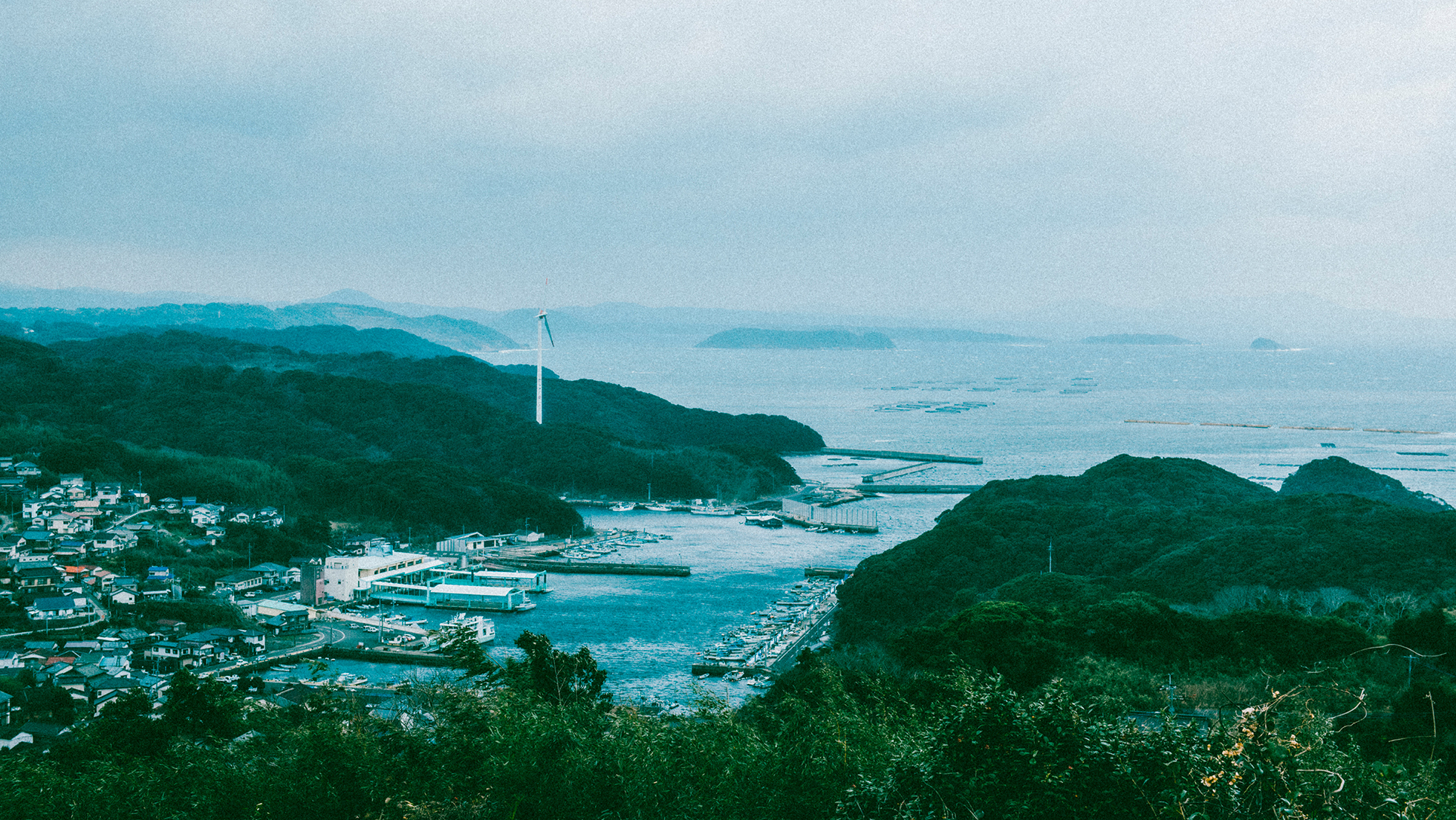 Sojitz Tuna Farm Takashima is located a 1.5-hour drive from Fukuoka Airport on Takashima Island in Matsuura, Nagasaki Prefecture. Takashima Island has a population of approximately 2,000 people, and the island is well known to historians as the site marking the end of the Mongol invasion. Matsuura is one of the largest fishing sites for mackerel and horse mackerel in Japan as well as for Japanese pufferfish farming. Sojitz Tuna Farm Takashima is located in a fishing ground with abundant fishery resources.

A worldwide sushi craze began in the early 2000s. The popularity of sushi shows the appeal of Japanese food, but widespread overfishing has led to bluefin tuna becoming an endangered species. Faced with limited tuna resources, Sojitz wondered if it could "create” marine resources by farming tuna in Japan. Sojitz Tuna Farm Takashima was established in 2008 with the aim of delivering a stable supply of quality tuna to tables around the world. 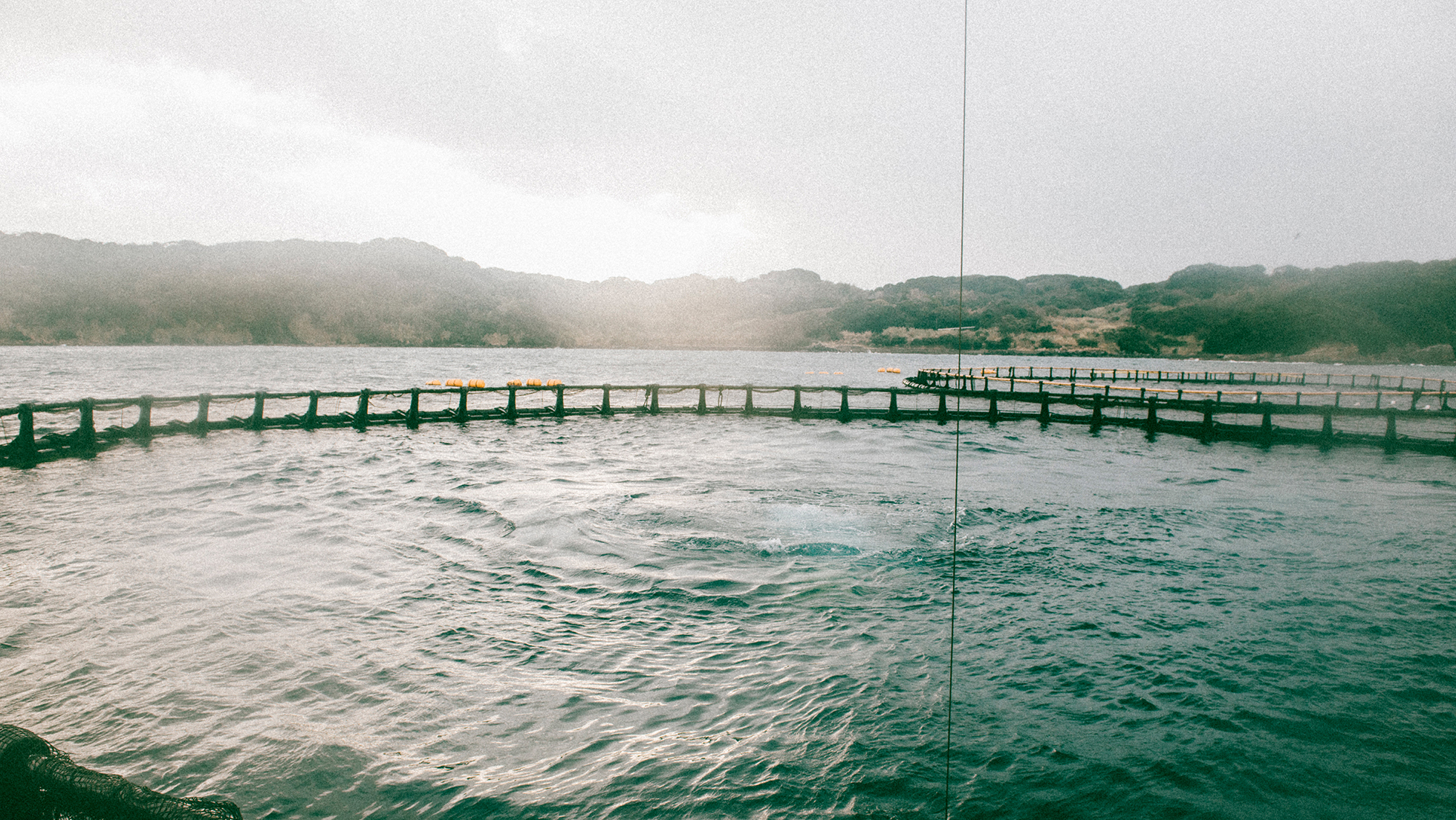 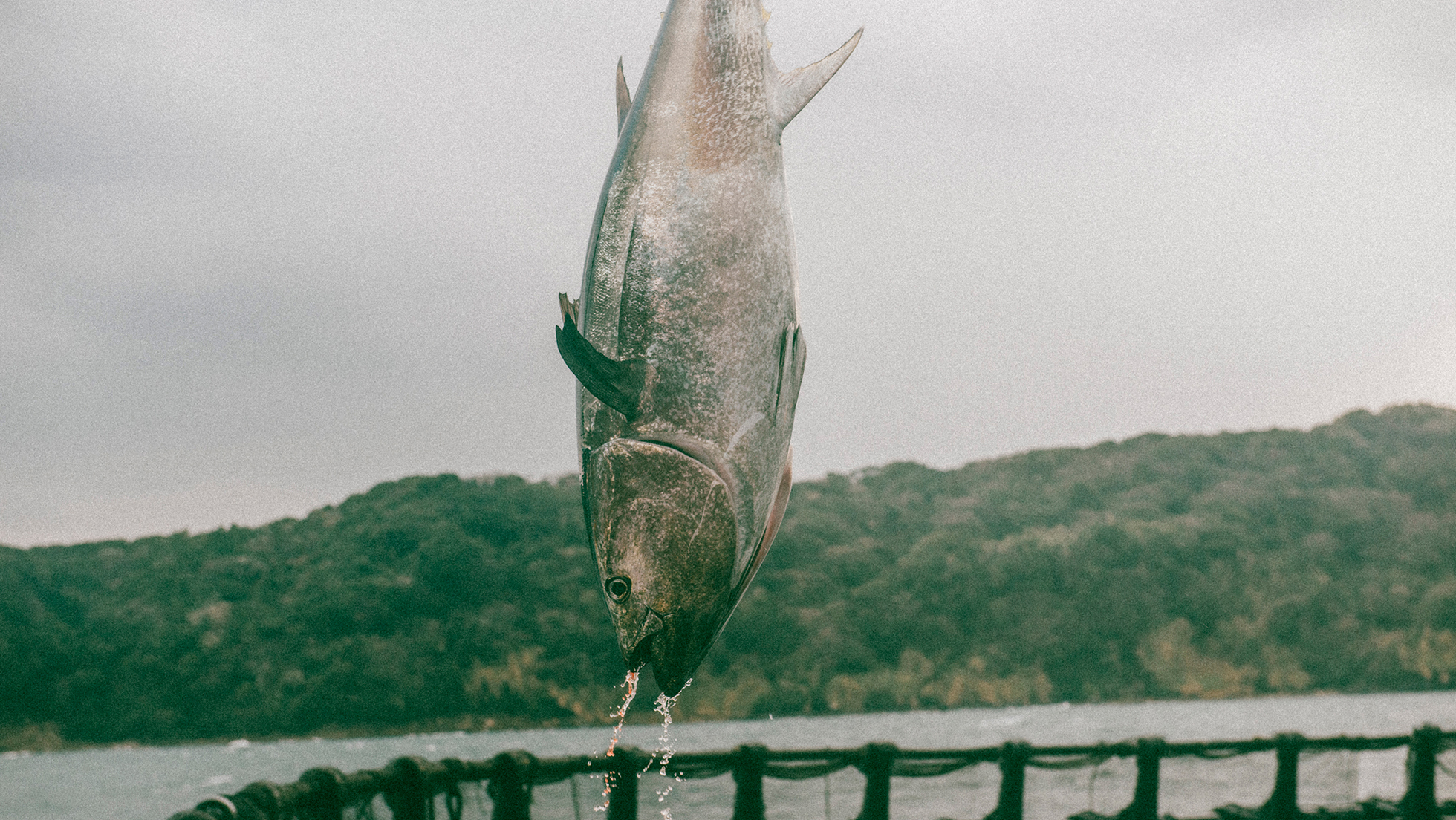 Takashima Bluefin Tuna are farmed from juveniles for three and a half years until the fish weighs an average of 60kg. Fully mature tuna are then sold to fresh fish specialty stores and restaurants as well as revolving sushi chains and supermarkets. It’s possible that you have already eaten tuna farmed by Sojitz Tuna Farm Takashima without even knowing it Sojitz Tuna Farm Takashima carefully monitors the environment of the tuna, so that the fish has a deep umami flavor with the optimal balance of red meat and fat. Takashima Bluefin Tuna is in high demand in Japan as well as widely exported overseas.

Freshness is essential for fish products. Particularly for tuna, significant differences in quality emerge based on freshness management processes from the time a fish is caught until it arrives on your plate. Sojitz Tuna Farm Takashima’s current freshness management methods are a product of its continued search for excellence developed overs years of experimentation and refinement. The answer to freshness management lies on deck.

The critical 90 seconds that determines a fish's flavor 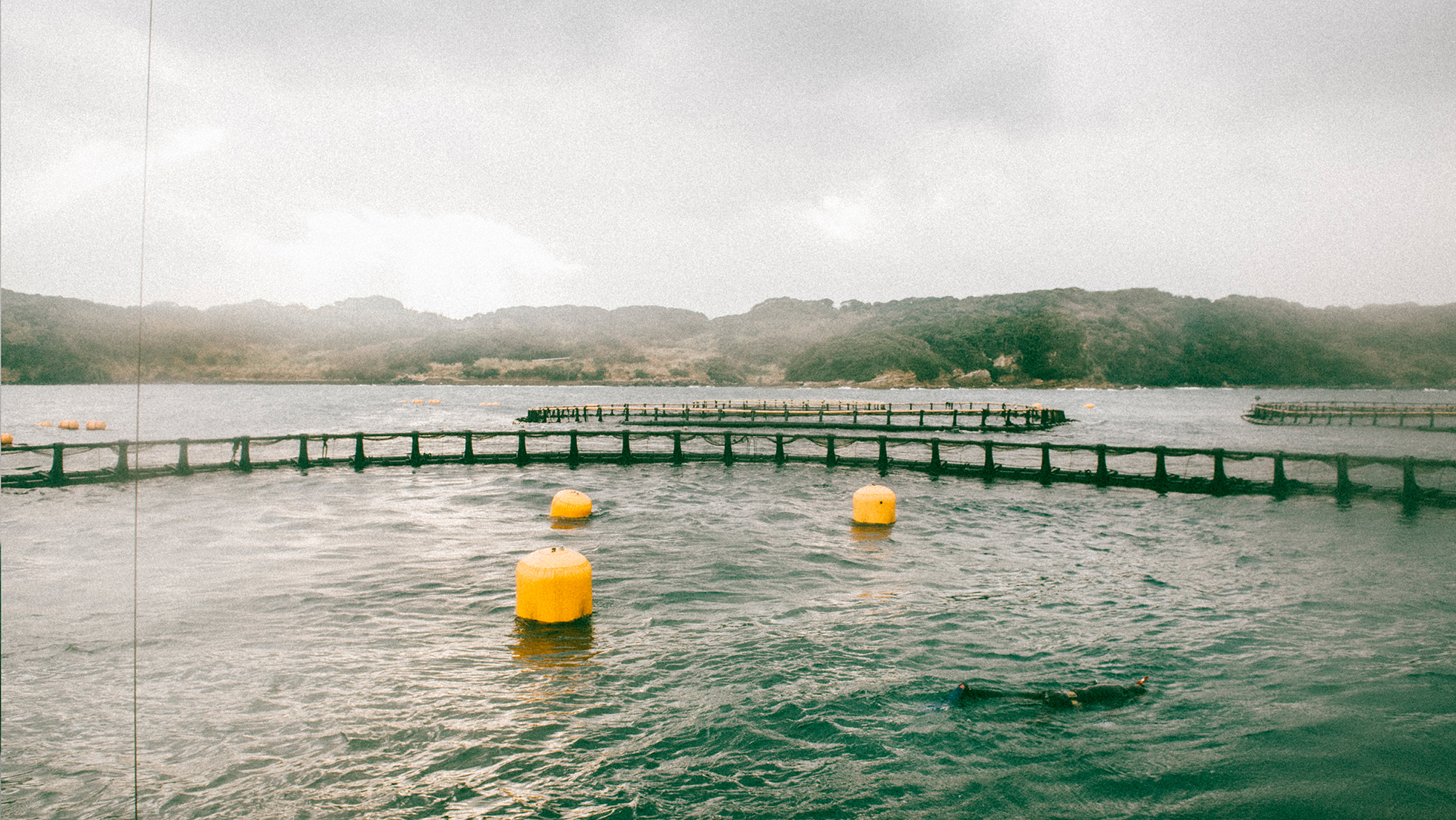 Board the boat from Takashima’s fishing port and in 15 minutes you arrive at Sojitz Tuna Farm Takashima’s aquaculture cages. The farm has a total of 33 cages, and each fish cage is 40m in diameter and 20m deep. 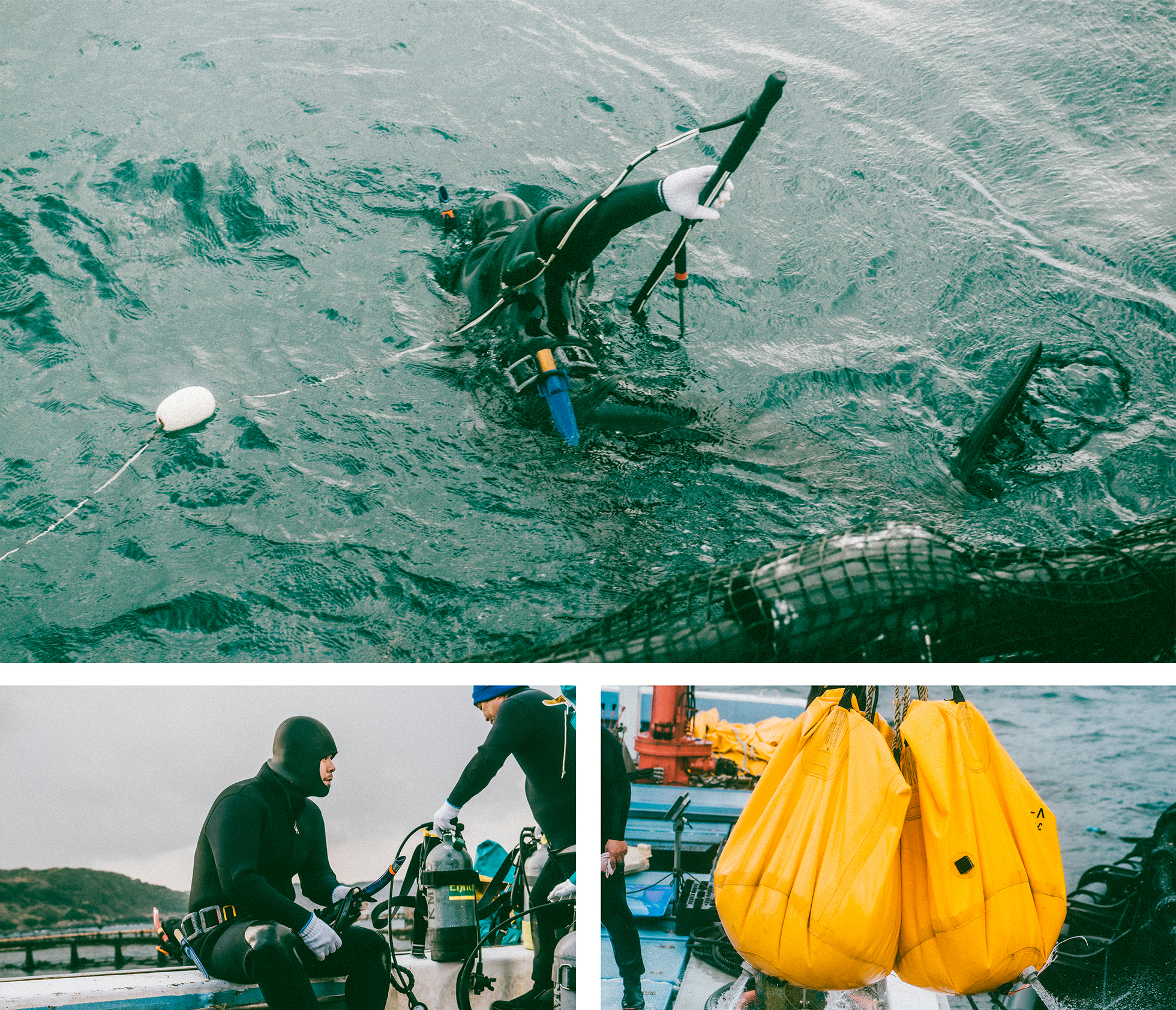 Fishing for tuna is often associated with the thrill of pole fishing or fishing with a net such as purse seine fishing. However, at Sojitz Tuna Farm Takashima, nationally certified divers go underwater to catch tuna that meet the desired size specifications from customers. These licensed divers use an electric harpoon to quickly capture and bring the fish on board. 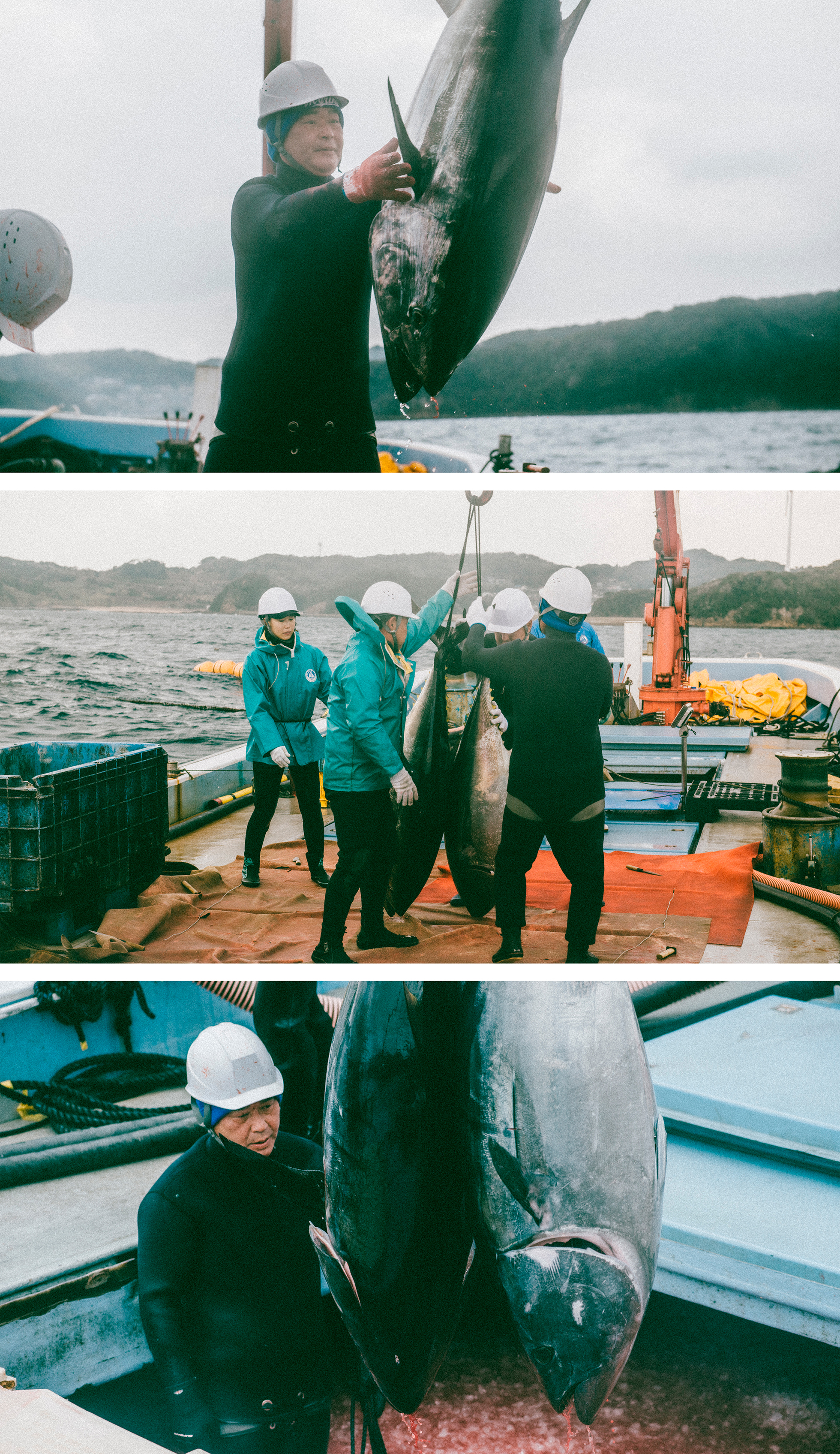 On deck, the crew waits on standby to bleed and gut the tuna before placing the fish in an ice bath. The freshness and quality of the fish deteriorates if the blood and intestines are not removed right away. There are close to 90 seconds from the moment the tuna is lifted on deck to the time it is placed in ice water. The secret to maintaining freshness lies in the speed with which the crew works. The single most important factor for preserving the quality of tuna is to prevent lactic acid buildup in the fish’s muscles. 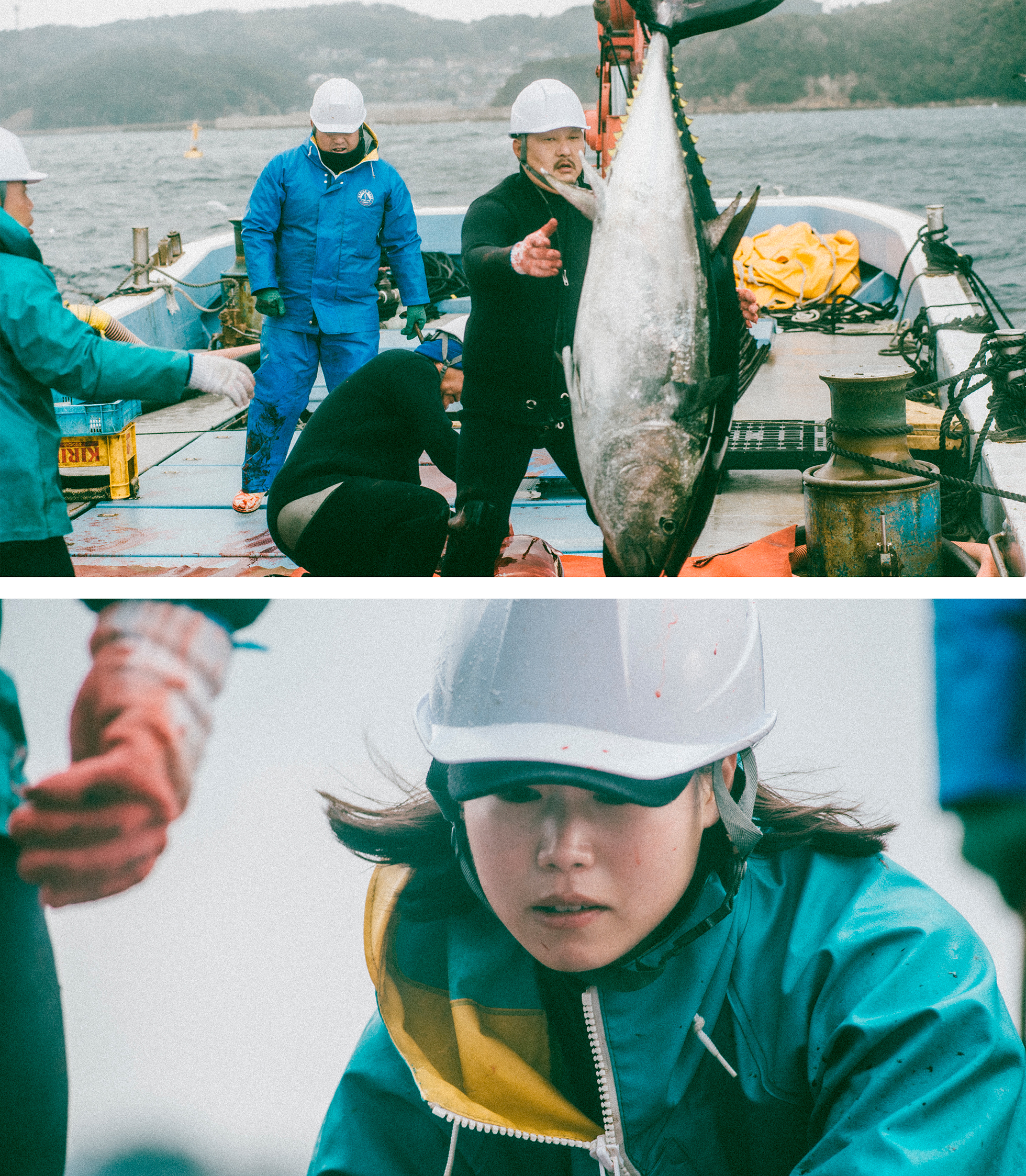 Similar to humans, tuna can have lactic acid buildup in their muscles from physical activity. Floundering should be prevented during the capture process to avoid lactic acid buildup, and the crew bleeds and guts the fish swiftly before the fish has time to flounder. Tuna also have body temperatures higher than that of ambient water. In winter, the fish reportedly feels warm during the gutting process and removal of gills. If the fish struggles, the tuna’s body temperature rises and this increase in lactic acid causes the fish flesh to deteriorate—a form of deterioration known as “burnt tuna”—which can cause the fish to lose commercial value.

The electric harpoon is a fishing method that does not take the same time and effort as pole fishing where the crew must wait until the fish takes the bait. Fishing with electric harpoons calls for a team of skilled and practiced divers who can quickly and carefully catch the tuna with an electric harpoon. Since it is difficult to secure experienced divers, many companies cannot employ this fishing method despite understanding its benefits. Electric harpoon fishing allows the tuna to be preserved in optimal condition. 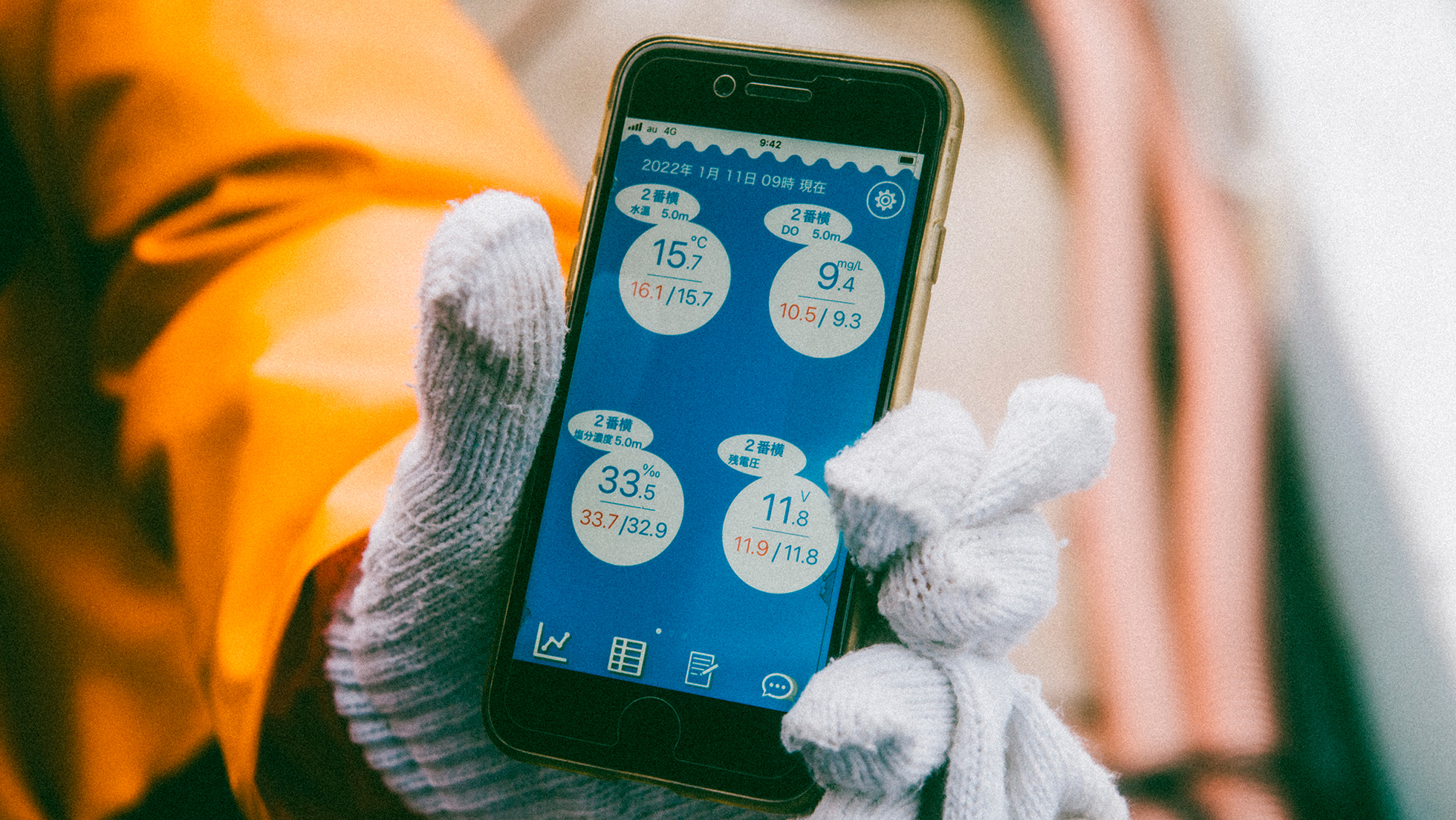 Sojitz Tuna Farm Takashima’s aquaculture techniques incorporate a good balance of technology, which sets the farm apart. For example, staff track water temperatures by integrating smartphone technology to continually monitor fish cage conditions. Sojitz Tuna Farm Takashima is also working on constructing a tech system to assess the condition of the tuna swimming around in the cages. After tuna is brought on board, the next stop is the tuna processing plant, where tuna is processed with meticulous management.

The processing plant: Every day is a tuna cutting demonstration 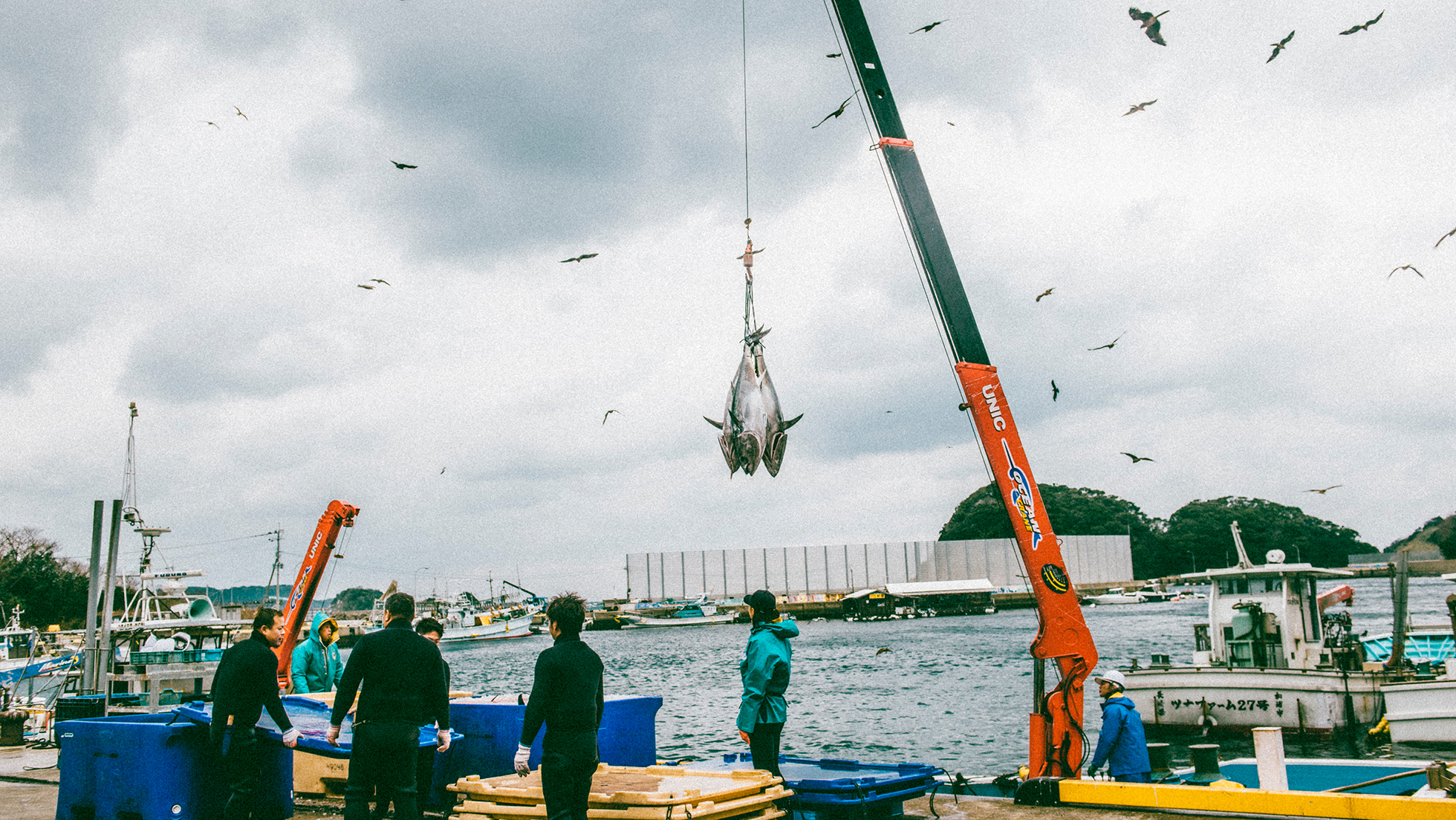 Without further delay, the tuna catch is brought to the processing plant. The tuna then goes through a series of processing steps prior to being shipped to customers. 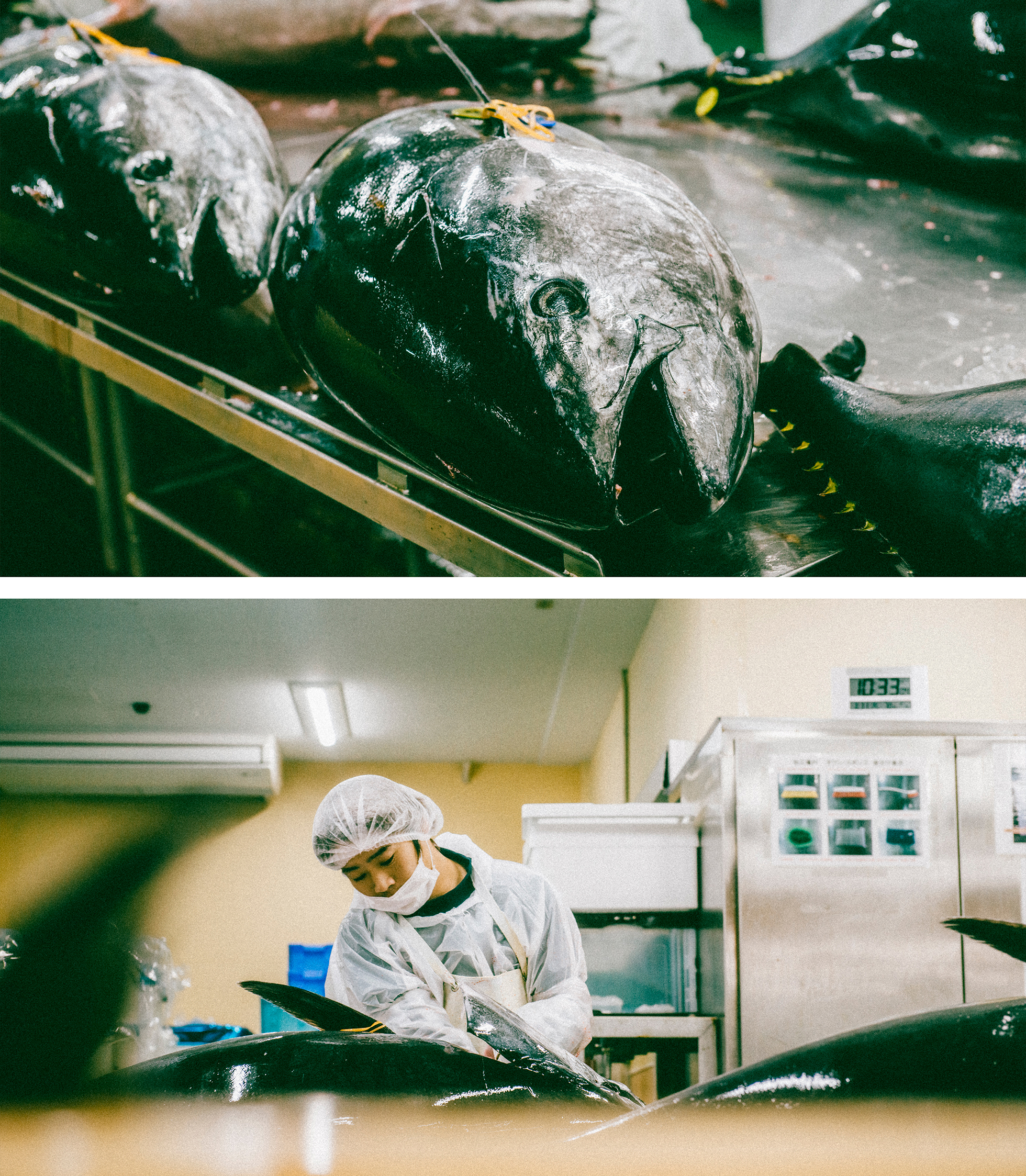 After arriving at the processing plant, the first step is trimming the tuna. The small bits of intestine that were not removed on the ship are carefully scraped clean by professional processing plant workers. Next, the fish is cleaned and trimmed so only the necessary parts remain. Few tuna farms go to the same lengths to trim the fish so thoroughly as trimming the tuna reduces the overall weight of the fish.

In most cases, tuna is sold by weight. From a seller’s perspective, profit therefore depends on maintaining the weight of the fish. At Sojitz Tuna Farm Takashima, quality comes first. All tuna parts that appear likely to lose freshness are removed, and this process helps to maintain the freshness of the fish for a longer period. Committed to freshness, Sojitz Tuna Farm Takashima is dedicated to continually maintaining and improving quality.

Did you know that only 50% of a tuna’s full body weight is edible as raw fish? In the case of a 50kg tuna, approximately 25kg can be consumed. If one slice of sashimi is 20g, then a whole tuna will yield 1250 cuts of sashimi. 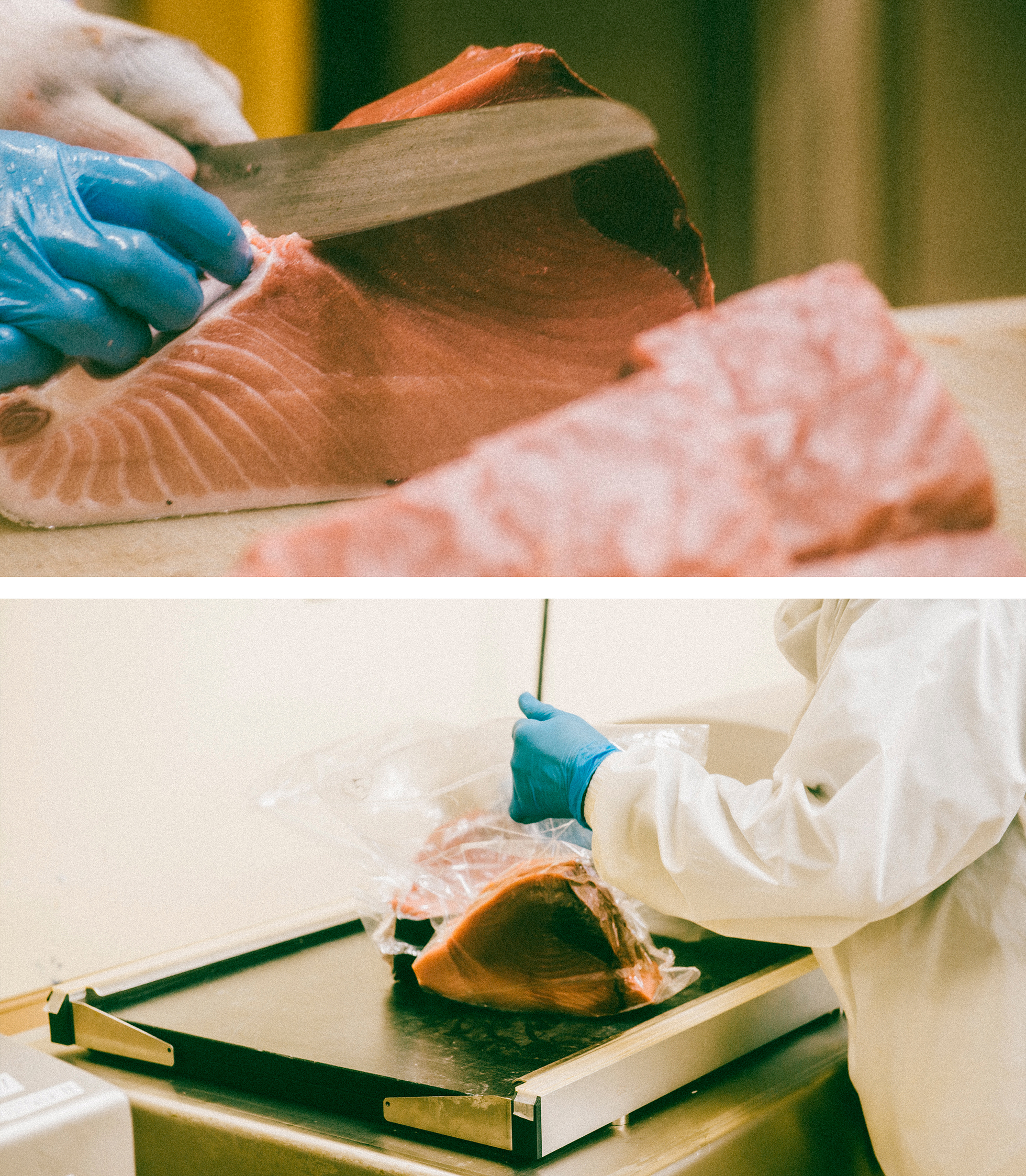 After the trimming process is complete, the tuna is placed in ice water once again. The following day, the tuna moves on for further processing. The next steps resemble a tuna cutting demonstration. Experts use a large knife to slice the tuna into three sections. While some customers prefer a half cut of tuna, others order a slightly smaller block. The tuna is cut into different sizes based on the requested specifications from customers.

Roughly 90% of customers ask for the full fish, which can be used in tuna cutting demonstrations. In these cases, the whole fish are packaged in Styrofoam boxes or put in tanks with ice water for shipping. 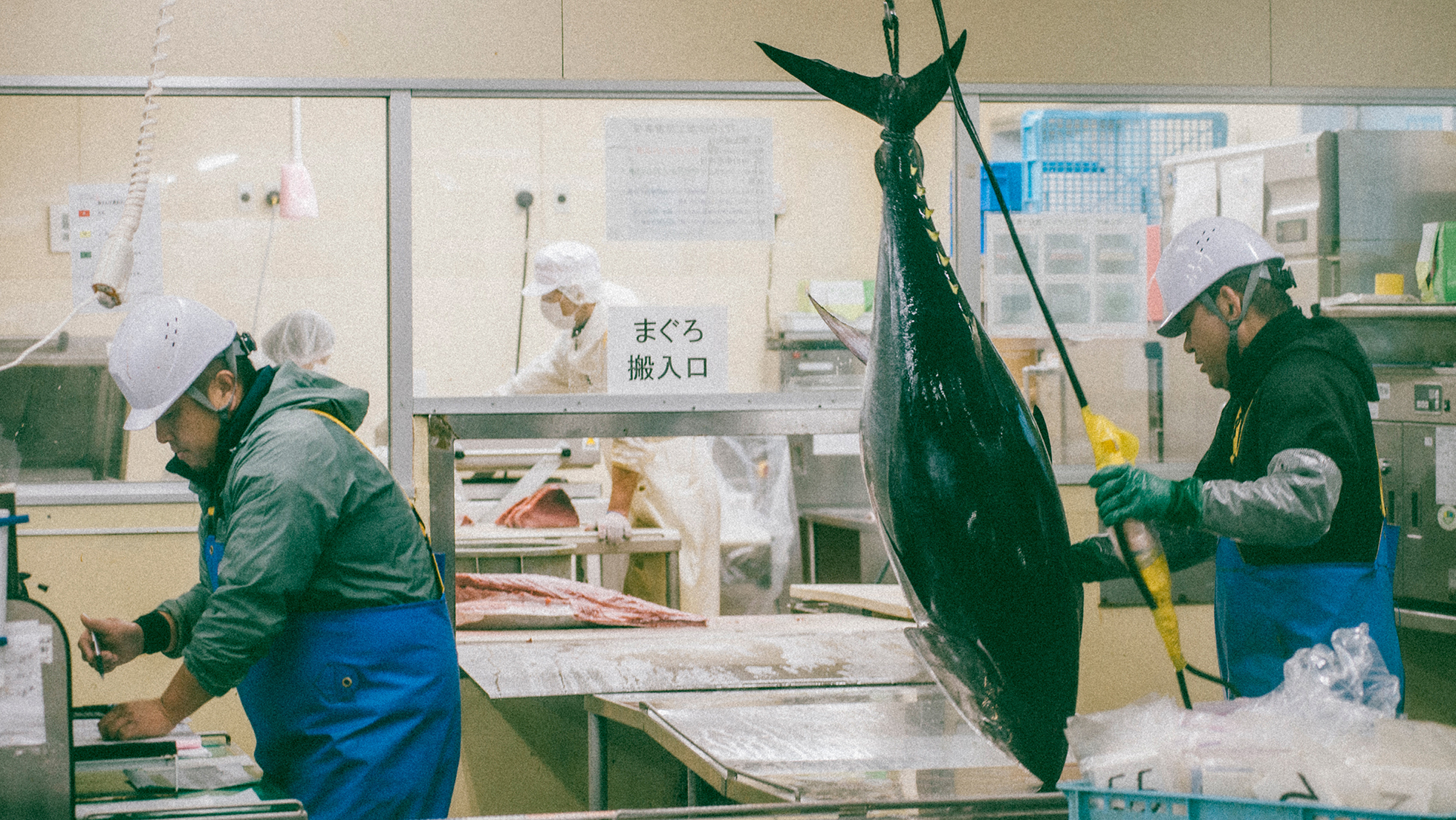 Surprisingly, when you arrive at the processing plant, there is no fishy smell that you might expect at a plant handling seafood.

Fishy odors are caused by bacteria that builds up on fish flesh or fish scraps during processing. As time passes, bacteria can begin to grow on the surface of the fish’s skin. In order to prevent bacterial growth, the total bacterial count must be reduced. At Sojitz Tuna Farm Takashima’s processing plant, the fish, worktables, and floors are sanitized using slightly acidic electrolyzed water that is manufactured within the processing plant. This special water is the secret behind preventing bacterial growth from starting or spreading. Additionally, this sanitizing water also prevents odors and is safe for humans even if consumed.

Sojitz Tuna Farm Takashima often ships fish overseas. While you might assume the fish needs to be frozen in these cases, the tuna is shipped fresh. Thanks to careful processing and treatment with slightly acidic electrolyzed water, the fresh tuna can be shipped and there is no need for freezing as the fish can be preserved in this state with a two-week expiration date. 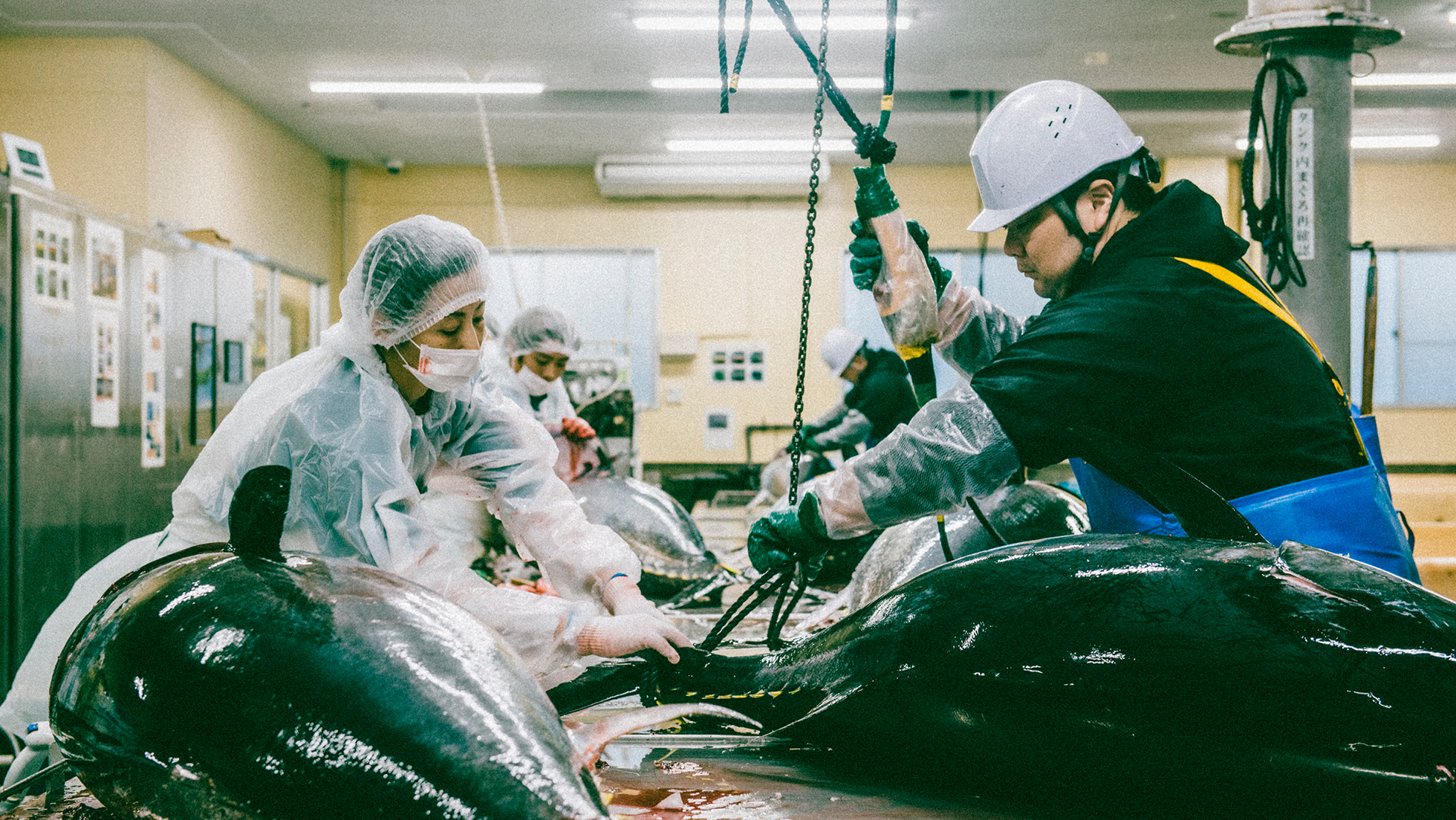 While the processing plant uses cranes and other equipment, most of the work is done manually. According to the processing experts, the trimming and carving process cannot be automated due to individual differences in tuna size. Sojitz Tuna Farm Takashima is working to maximize efficiency while realizing the highest quality through skilled manual processing. 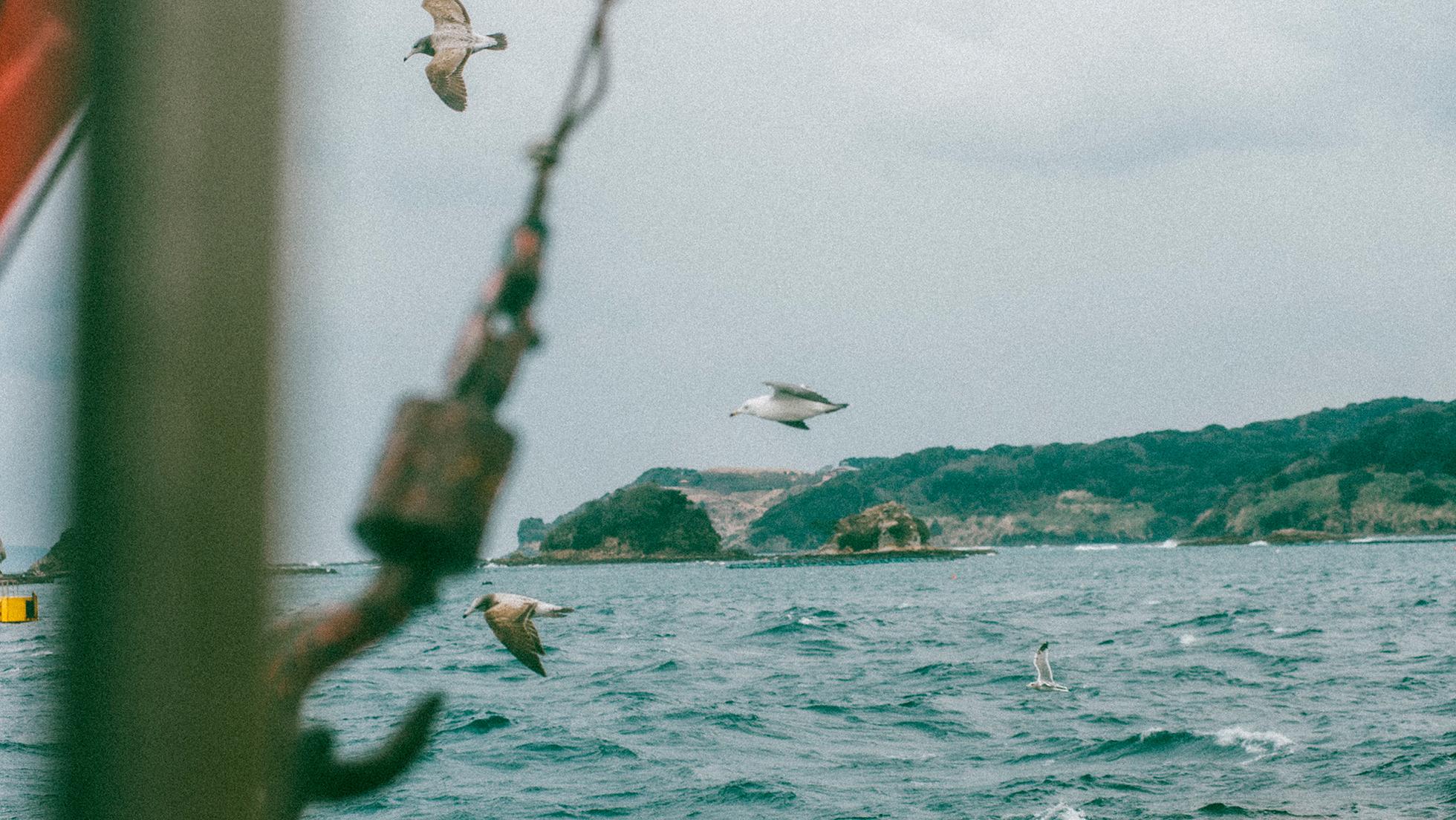 The world currently faces a myriad of issues including ocean pollution, global warming, population growth, and overfishing. In the near future, conditions surrounding our food supply will likely change. In the event that marine resources run low, prices will then rise as a result. For example, nobody 20 years ago could have imagined the high price of Pacific saury today.

Preparedness is key. Depending on the power of nature alone will not ensure a stable supply of food or recovery of marine resources. By leveraging the best technologies for farming, a stable supply of food can be provided without creating a burden on the environment while also reducing overfishing to bring tuna back to the oceans. Sojitz Tuna Farm Takashima believes that tuna farming is one way to steadily contribute towards a sustainable society. 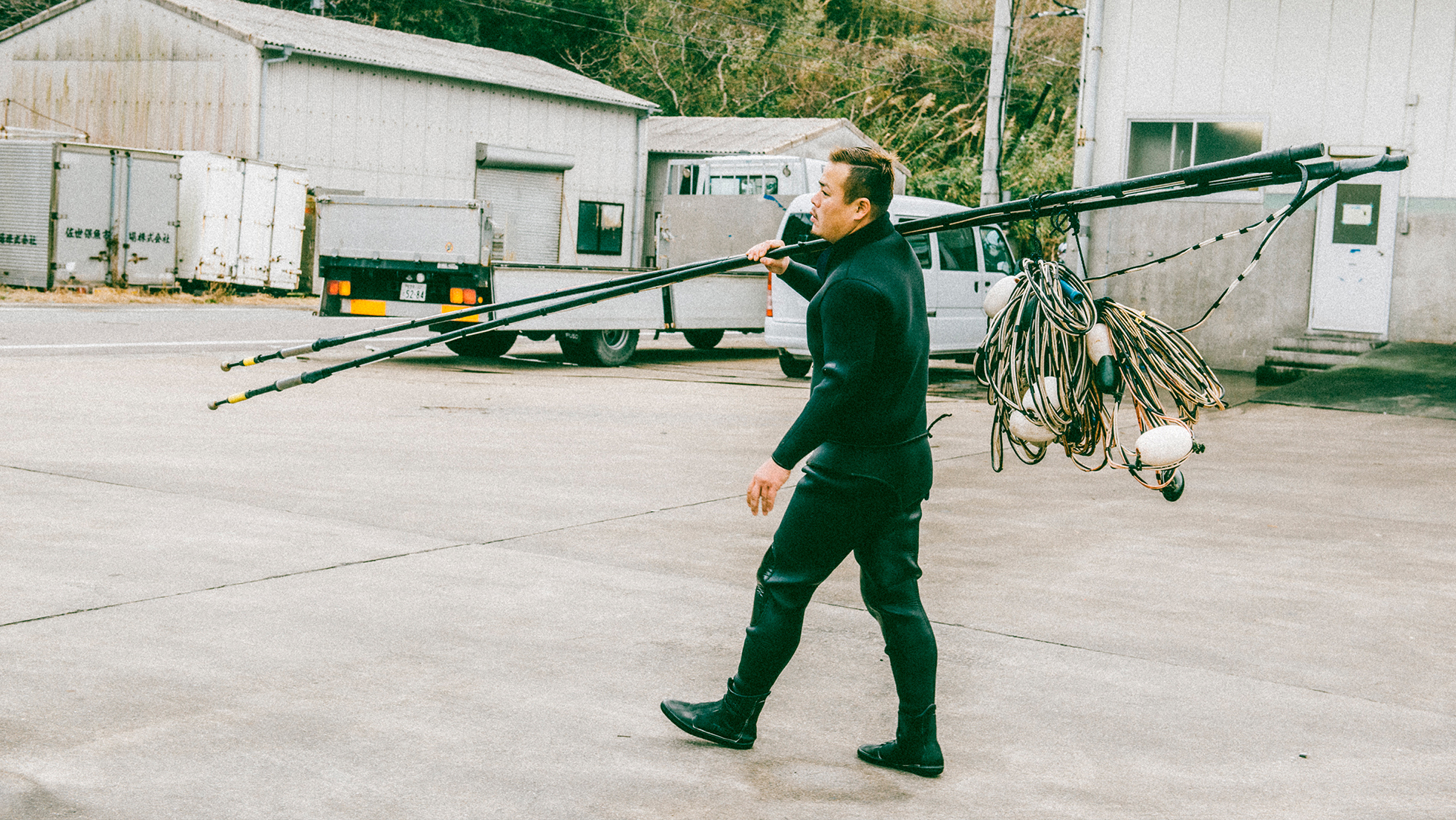 Japan previously sourced tuna from other countries around the world. Now delicious farmed tuna will become more readily available from Japan to the rest of the world. After working through an initial period of trial and error, Sojitz Tuna Farm Takashima realized its idea to cultivate tuna independently in Japan. Sustainably farmed tuna from Nagasaki will offer the taste of delicious tuna to the next generation.