Sojitz has donated copies of its newly released history manga—“The Pioneers who Paved the Future of Japan”—to Kobe Children’s Book Forest*¹ and other Kobe libraries. Sojitz’s history manga, which was released earlier this year on June 16th, showcases Kobe’s regional history as the birthplace of Japan’s general trading companies, which initially began their trading businesses through the Port of Kobe before spreading their wings to the world. Sojitz intends to share this regional business history with children who will become the next generation of leaders.

On August 1st, the actor Keiko Takeshita, who serves as honorary director at Kobe Children’s Book Forest, will visit Sojitz Corporation for a ceremony where President Fujimoto will present copies of the history manga. Thanks to Keiko Takeshita’s recommendation, Sojitz will also be donating copies to 12 other libraries in Kobe. 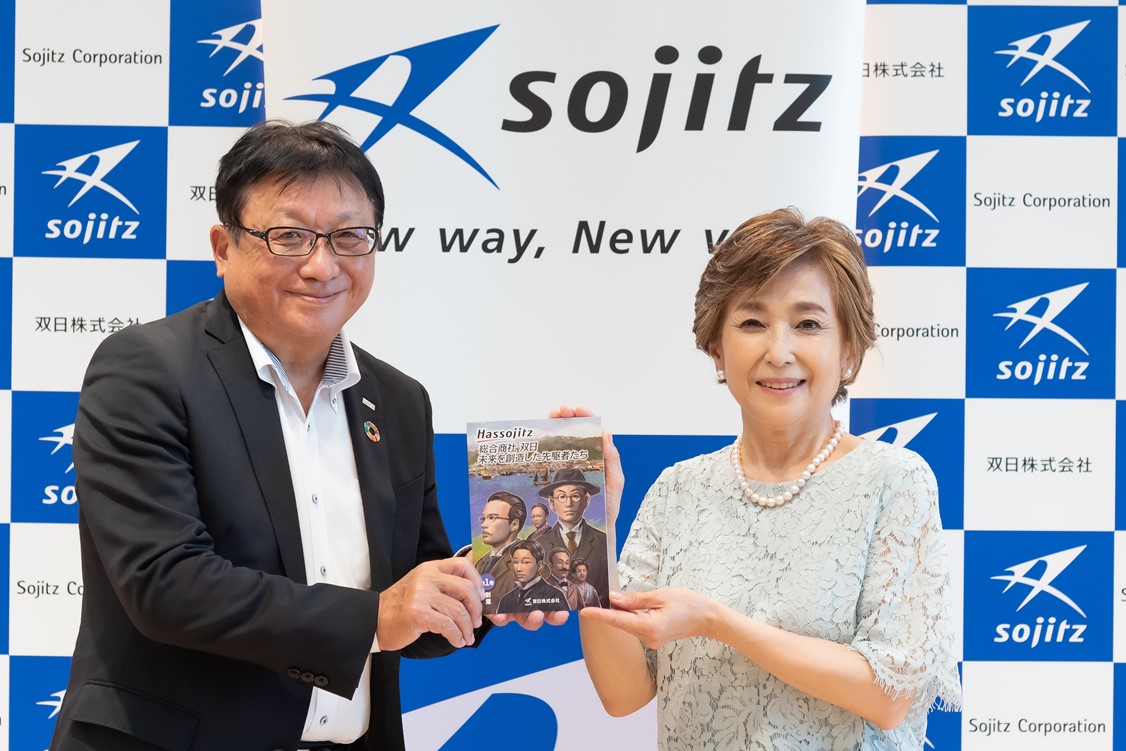 [Keiko Takeshita with President Fujimoto at the book donation ceremony]

Keiko Takeshita previously starred twice as the main character Yone Suzuki*²in the theatrical production of “Oie-san” (based on the novel written by Kaoru Tamaoka), which features the history of Suzuki & Co. Additionally, Keiko Takashita has been involved in charitable work such as reading poems by victims of the Great Hanshin earthquake, and she is a distinguished figure not only for her deep knowledge of Suzuki & Co. and general trading companies, but also for her active promotion of education initiatives for Kobe’s next generation.

Sojitz’s three predecessor companies—Suzuki & Co., Iwai & Co., and Japan Cotton Trading— led Japan’s industrial revolution over the Meiji (1868-1912) and Taisho (1912-1926) Eras as these businesses evolved from the Port of Kobe to the world. Sojitz strongly hopes that the story of their predecessors’ powerful sense of mission and entrepreneurial spirit will offer children of the next generation the opportunity to learn from history, gain insights, and be inspired to act with courage.

Sojitz has also donated copies of its history manga to Kobe’s Shinko Tachibana Senior High School (originally Kobe Girl’s Commercial School, which was established through donations from Suzuki’s owner Yone Suzuki) as well as to Kobe University, which has produced many illustrious alumni over the years beginning with members of Sojitz’s original three predecessor companies to the present.

Additionally, Sojitz has donated copies to Wakamatsu cram school which is on the same floor as the Suzuki & Co. display in Eki Soare Seishin Chuo shopping center, which is managed and operated by Sojitz. Starting from the end of July, a limited number of copies will be distributed in front of the display. 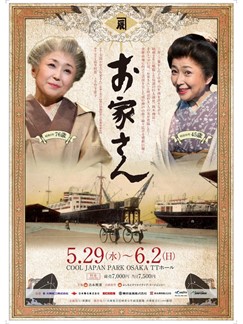 *1: Kobe Children’s Book Forest was built by architect Tadao Ando in Kobe East Park adjacent to Kobe City Hall and opened on March 25th, 2022. The library aims to be a cultural institution that provides children with an opportunity to freely read books outside in the city’s park where they can encounter Kobe’s history and culture, learn to treasure life through lessons about the Great Kanto earthquake, and develop creativity.

*2: The theatrical production of “Oie-san” (written by Kaoru Tamaoka) features Suzuki & Co. and was performed in 2014 by Hyogo Prefecture’s Piccolo Theater Company and by Yoshimoto Kogyo in 2019. 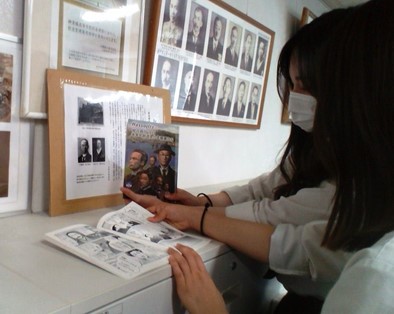 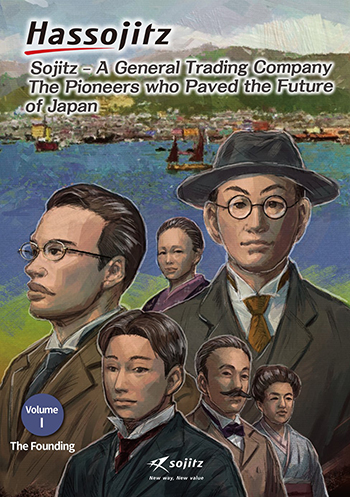 The first volume, “The Founding,” covers the events at the foreign settlement in Kobe following the opening of Japan, the collaboration between Osaka’s merchants as they attempted to enter the new industry of cotton spinning, Japan’s entrance to Taiwan following the Sino-Japanese War, and the challenges faced by Sojitz’s predecessors as they tried to manufacture celluloid from camphor in Japan. By looking back at our origins, we can be reminded of our predecessors’ mission as we create a new era at Sojitz. 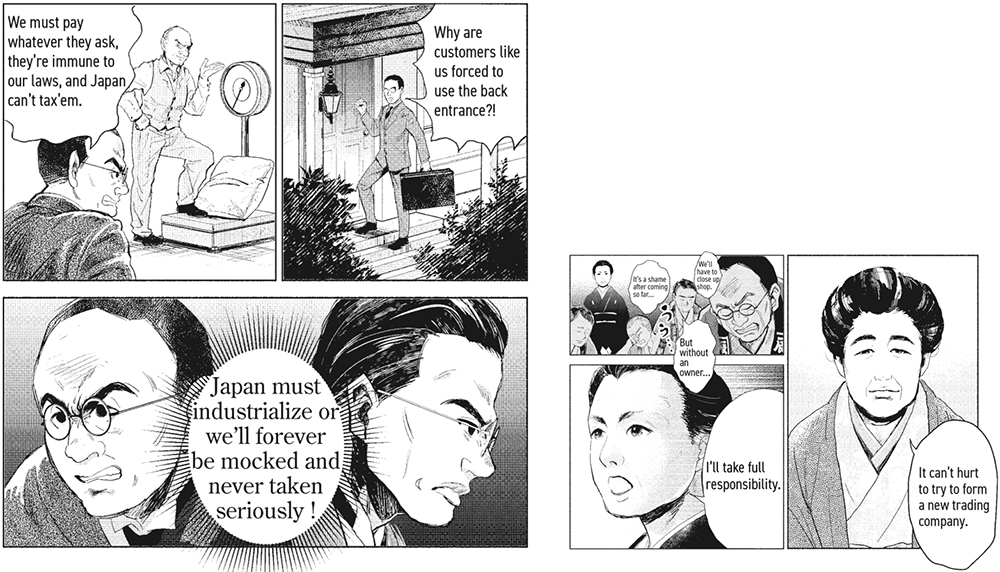