The esports industry is currently demonstrating rapid growth around the world. In Japan, GRITz’s vision is to increase the esports fanbase in the country and expand the current esports market. Esports presents a more equal playing field without barriers to entry based on age, gender, location, or disability. The spread of esports will promote greater social engagement and contribute to the realization of Japan’s plan for the “Dynamic Engagement of All Citizens.”

Specifically, GRITz will provide a platform for spreading industry news and facilitating communication between users as part of its engagement in esports media-related businesses. GRITz will be involved in a range of other esports business activities, including the esports tournament and league management, as well as the business of developing and managing esports teams and athletes.

The business concept behind GRITz was first born from a proposal from the Hassojitz Project,* which is an in-house competition to encourage new business creation. The esports team received the President’s Prize for their proposal entitled “Creating a Dynamically Engaged Society through Esports” at the final FY2020 Hassojitz Project presentation.

The company name, GRITz, incorporates the English word “grit” along with the final letter of the alphabet “z” to emphasize the company’s commitment to follow through on projects to the end. GRITz aims for commercial realization of its business initiatives at an early stage while leveraging Sojitz Group’s functions to contribute to the realization of a prosperous society in which all citizens can be actively engaged through esports.

*：Hassojitz Project: An in-house contest that began in FY2019. Members, primarily junior employees, are assembled through an open call to come up with innovative business ideas for commercialization in anticipation of the future in 2050.

[Message from Koki Kiritani, Representative Director and President of GRITz]
This April, I will enter my fifth year since joining the company, and I am thrilled to have the opportunity to take on this challenge with GRITz. While we are still in the stages of preparing for commercialization, I already feel that GRITz has the support of many esports fans and members of the industry. As someone who has been captivated by esports myself, I plan to continue to bring new energy to the esports industry by exploring the possibilities offered through Sojitz’s unique capabilities. GRITz seeks to create a fun environment for esports fans and industry members, and we look forward to your support moving forward. 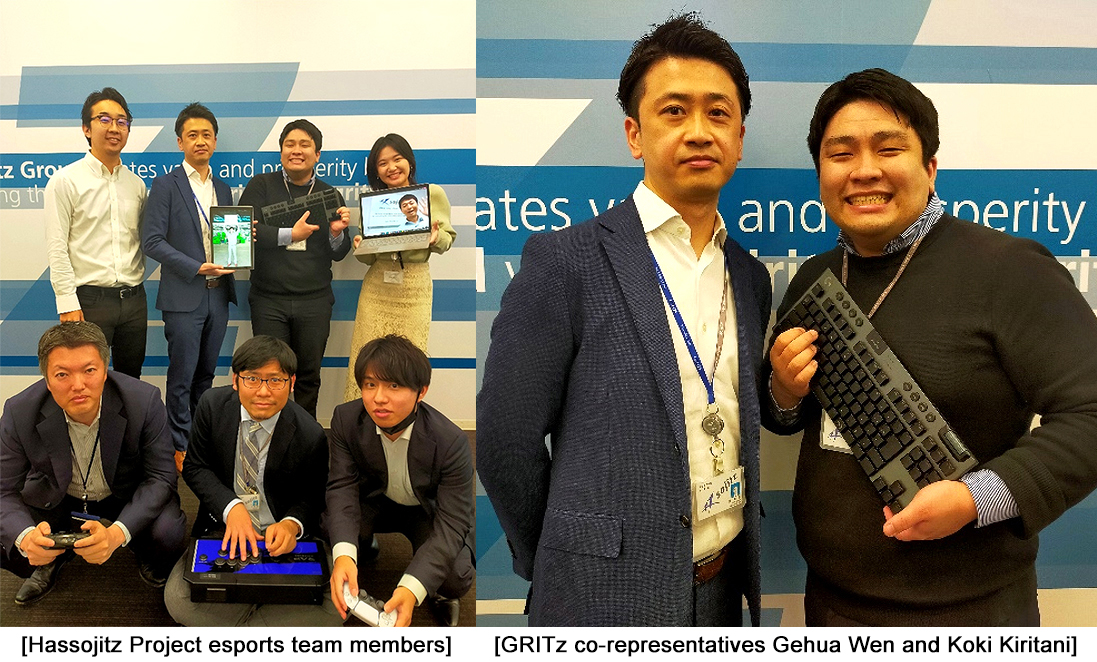