Papua New Guinea comprises the eastern half of New Guineas island in the South Pacific and numerous islands in the vicinity. It has extensive natural resources, and the government hopes that the gas and chemical manufacturing industry, which uses these resources, contributes to the development of domestic industry and create employment opportunities. 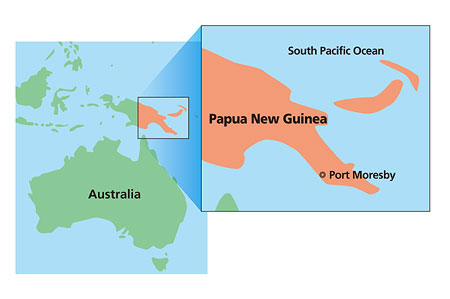 Sojitz is involved in various aspects of the gas chemical business. Sojitz has an 85% stake in PT. Kaltim Methanol Industri in Indonesia, who is single methanol manufacturer in the nation, and has more than 15 years’ of experience in operation and maintenance. And also Sojitz is active in trading and marketing methanol.