Sojitz Corporation will establish PT. Sojitz Sabindo Aquaculture (SSA) with PT. Sabindo Raya Gemiland, an Indonesian shrimp and fish farming and processing company, to enter the shrimp farming, processing, and sales business. SSA will begin shipments in 2012, and its target for 2014 is shipment of 650 tons. 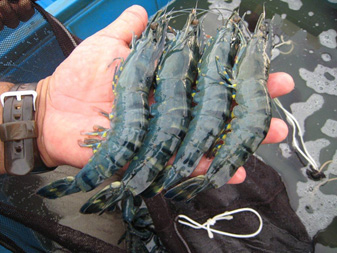 SSA’s total operating expenses are expected to be approximately 800 million yen. The company will build culture ponds, a hatchery and a freezing and processing plant to provide farmed shrimp produced under an integrated production system from hatching to processing. Approximately ninety 10-hectare culture ponds will be created on a 1,000 hectare site (about 214 times larger than the Tokyo Dome). SSA plans to grow large black tiger shrimp, which account for about 40% of Japan’s shrimp imports, and export them primarily to Japan and China.

The culture ponds will be built in the Tana Tidung district of East Kalimantan Province. The Tana Tidung district experiences few typhoons and has a stable average monthly temperature of 27°C - 28°C year-round, which allows for cultivation throughout the year. The farming method that will be used, which is referred to as extensive, makes use of ponds that are about 10 times larger than those used in conventional intensive farming, resulting in low-concentration farming, which control exhaustion of the ponds and allows for continuous production. In addition, the rising and falling of the tides will be used to replace the water in the ponds, limiting the electricity used. The shrimp will be fed natural plankton, and no synthetic feed, antibiotics, or antimicrobials will be used to maintain as natural as possible. Sojitz will be the first Japanese company to engage in extensive shrimp farming.

Sojitz imports 15,000 tons of shrimp, about 4% of Japan’s total annual import volume of 400,000 tons. Demand for shrimp, which has the highest global trading value of any marine product, is growing worldwide particularly in China and Southeast Asia, and awareness of food safety and security is rising. Sojitz will provide safe and secure shrimp through integrated production that provides for traceability. 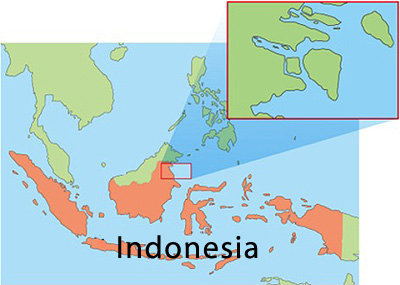 [The Tana Tidung district where Sojitz will conduct shrimp farming]