The coal thermal power plant project will have a capacity of 1,200 MW and is one of Petrovietnam’s largest power generation projects ever. The total value of the order for the three companies will be approximately $830 million.

Sojitz’s extensive business achievements in Vietnam, Toshiba’s advanced technical capabilities in steam turbine generators for coal thermal power plants, record for high reliability and supply experience in various countries, including the U.S., plus Daelim’s project management capabilities, assured the companies’ success in securing the order. Delivery of the steam turbine and generators is expected to be completed by December 2014 and the first unit will start operation in 2015.
In Vietnam, electric power demand is increasing at an annual average of 16%, the result of rapid economic growth. Demand is expected to increase to 17% in 2012. The country remains short of power and construction of new power plants by Electricity of Vietnam and Petrovietnam is being promoted under a government plan to develop electric power resources.

Toshiba and Sojitz received an order in July 2009 for steam turbine generators for the Vung Ang 1 Thermal Plant in Vietnam. The two companies will focus on power generation projects taking advantage of their respective strengths to further contribute to Vietnam’s infrastructure development.

Overview of the Project 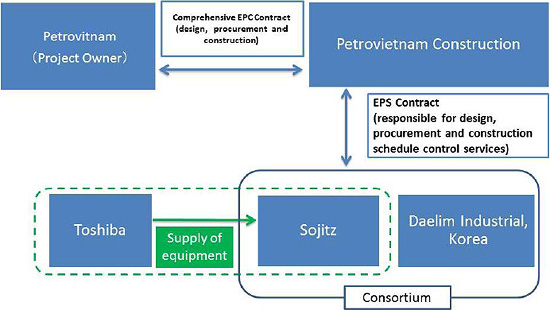 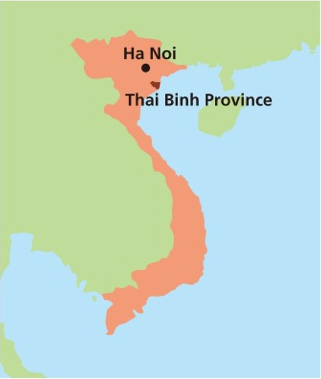