The development plan for the A-Structure South oil field was approved by Qatar Petroleum in 2007 and development work was carried out alongside the operation of the 2 existing oil fields. Production began on April 27, 2011. Initially the newly developed oil field is expected to produce approximately 3,000 barrels a day, with the total daily production of the 3 fields forecast to be around 9,000 barrels.

QPD carried out the exploratory drilling and initial development of Al Karkara and A-Structure North oil fields in Block 1SE, and commenced production in March 2006. In order to increase production it subsequently carried out addtional development work alongside its regular operations, reaching a total production volume of 11 million barrels (as of the end of March 2011). In July 2010, Sojitz increased its shares in QPD from 14.17% to 25%.

In addition to the oil field activity, production of LNG in the Qatari region is continuing smoothly as a result of the Las Raffan LNG project being led by LNG Japan Corporation (Sojitz 50%, Sumitomo Corporation 50%).

Under its Shine 2011 Medium-Term Management Plan, Sojitz aims to maximize the value of its holdings in the upstream oil & gas sector. In particular, Sojitz is independently developing and producing unconventional gas at the Carthage onshore gas block in Texas USA, which has shale and tight-sand gas interests, with the aim of improving the company’s capability and maximizing the value of its assets. Sojitz will continue to make optimum use of the company’s unique capabilities in the development and production of natural resources. 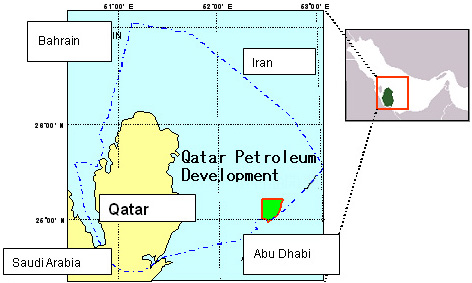