Sojitz and JOGMEC enter into Definitive Agreements with Lynas

March 30, 2011 (Tokyo) - Sojitz Corporation ("Sojitz") and Japan Oil, Gas and Metals National Corporation ("JOGMEC") today announced that they have entered into definitive agreements with Lynas Corporation Limited ("Lynas"), an Australian Rare Earths Company, to provide a total of USD 250 million through loan and equity and to receive the allocation of a minimum of 8,500 tonnes (±500 tonnes) per annum of Rare Earths products for Japan, which currently represents 30% of the Japanese market, over a period of ten years.

In addition, Sojitz signed a distribution & agency agreement with Lynas that Sojitz will be appointed as a sole distributor and sole agent of Lynas in Japan. This agreement will enable Sojitz to achieve stable supply of various types of high quality Rare Earth products to Japanese customers.

Sojitz has been seeking various opportunities together with Lynas, following the Strategic Alliance Agreement signed on November 24, 2010, including joint marketing to identify end customers in Japan and arrangement of financing for the completion of Phase 2 of Lynas’ project.

In response to a request for financial assistance to the transaction from Sojitz, JOGMEC reviewed the opportunity and concluded that the transaction will contribute to diversifying the sources of supply and achieving stability and reliability in supply of the Rare Earths products to the Japanese markets. Consequently, JOGMEC decided to utilize the supplementary budget of Rare Earth package in Fiscal Year 2010, which was approved by the Japanese cabinet in October 2010, for this transaction. The financing will be subject to an approval of Foreign Investment Review Board in Australia. 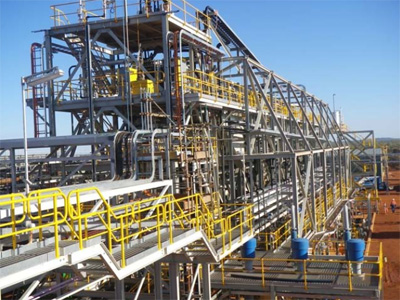 In an attempt to meet the increased Rare Earths demand around the world, Lynas currently develops its mine and concentration plant at Mount Weld in Western Australia and its Advanced Materials Plant for separation and refining in Malaysia in two stages, Phase 1 and Phase 2.

Phase 1 project (total investment of AUD 540 million) is scheduled to begin production in 3Q 2011 (11,000 tonnes per annum). Among the pre-production Rare Earths projects around the world, it will be the first project to commence a commercial production. Rare Earths products, such as Didym, Cerium and Lanthanide, will be supplied to the Japanese market from the end of 2011.

Phase 2 project (total investment of USD 250 million) will expand production capacities of Malaysian Plant (addition of 11,000 tonnes per annum). The operation of the Phase 2 project is scheduled to begin in 4Q 2012 and the products will be allocated to the Japanese market (total of 8,500 tonnes (±500 tonnes) per annum).

Rare Earths products, known as "The Vitamins of Modern Industry", are not only applied for present usages, such as precise glass compound, exhaust gas catalyst, oil purification catalyst, fluorescent material etc., but are also expected to be utilized in new fields where demand will increase to meet environmental requirements, such as motors for electric vehicles, magnets for wind power plants, etc.. Sojitz and JOGMEC believe that it is essential to secure a stable source of supply of Rare Earths products as it will greatly contribute to the long-term growth of the manufacturing industry in Japan. 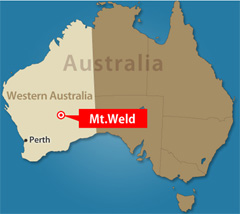