Sojitz Corporation will sell bluefin tuna farmed by Sojitz Tuna Farm Takashima, a wholly-owned subsidiary based in Matsuura City, Nagasaki Prefecture, into Chinese market through Dalian Global Food Corporation, a tuna processing and ditributing company in which Sojitz has a 51 percent stake. The bluefin tuna has been grown upto 40kg at a good pace and launched sales in Japanese market since December last year. Bluefin tuna will be shipped from the farming site in Takashima to the nearby Fukuoka Airport and then sent by air to Dalian Airport in China. In the first year, Sojitz Tuna plans to ship about two tons (approximately 40 fish) each month.

In China, consumers’ eating habits have been changing amid the rise in living standards prompted by the country’s economic development Tuna for sashimi is also sold at Chinese restaurants and the food sections of high-end department stores and supermarkets in large cities due to the healthy diet boom there. 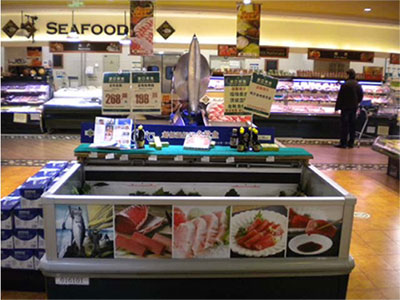 As tuna is prone to rapid discoloration, in order to maintain quality during distribution, an ultralow temperature distribution network at minus 60 degrees C and thawing know-how to prevent discoloration are necessary. This element has so far restricted distribution of deep-frozen tuna in China. Sojitz has overcome the problem by shipping fresh bluefin cultivated at Sojitz Tuna Farm Takashima, which is geographically close to China.

Sojitz recently established a system that makes use of Dalian Global Food tuna processing facilities and the Sojitz Group’s sales network to maintain total traceability control* and ensure the safety of bluefin tuna from production and processing to sale so fresh tuna can be supplied to Chinese consumers.

Sojitz is planning to deliver fresh tuna each week to Japanese restaurants, high-end supermarkets and department stores mainly in large Chinese cities such as Dalian, Beijing and Shanghai, taking advantage of the sales network of Dalian Global Food Corporation. We also aim to expand our sales network in inland cities with an increasing number of wealthy consumers to attain the goal of shipping 500 tons a year in 2014. 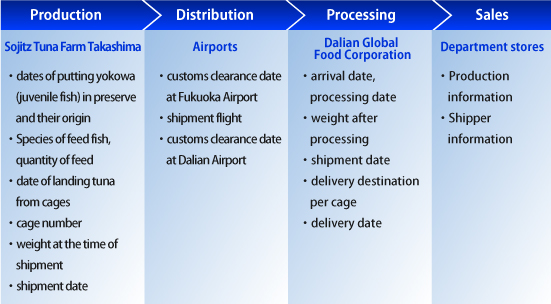 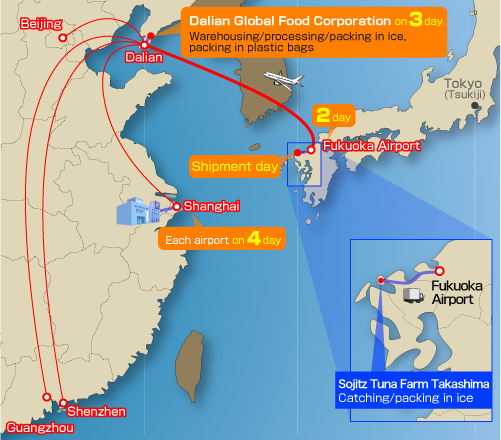