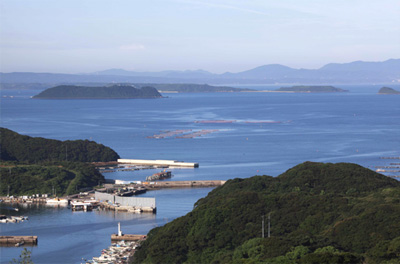 After surveying and investigating numerous candidate farming sites throughout Japan, Sojitz selected Takashima in Matsuura City, site of Genkai-nada, one of the world’s leading fishing grounds. Sojitz Tuna Farm Takashima was established in September 2008, and bluefin tuna has been grown up over the course of two years with the cooperation of local residents, fishing cooperatives, and the local government.

The site is ideal for raising tuna as a result of the good flow of the current, low water temperature in the winter, abundant oxygen in the water, stable salinity level, and other good factors, and as a result, Sojitz Tuna Farm Takashima’s bluefin tuna is one of the highest quality with firm flesh. In addition, access to major cities is good via the Takashima Hizen Ohashi Bridge, and the tuna can be delivered to customers without loss of freshness.

Cultivation began with yokowa (juvenile fish that weigh about 500 grams) in November 2008, and comprehensive production history management was performed while conducting research joint with the Gunma National College of Technology and Tokyo University of Marine Science and Technology on feed management concerning mackerel, sand eel, and other fish caught in territorial waters. As a result of this research, Sojitz Tuna Farm Takashima is able to provide safe and delicious bluefin tuna. In the first year, the company plans to ship 150 tons and aims to ship 400 tons in 2014.

Sojitz currently imports approximately 30,000 tons of tuna into Japan each year, but in accordance with the Decision to Commence Implementation of Atlantic Bluefin Tuna Management adopted by the International Commission for the Conservation of Atlantic Tunas (ICCAT), Sojitz handles only tuna with a catch certificate. As international regulations on fishing are made stricter, Sojitz Tuna Farm Takashima is working with Kinki University to establish fullly cultured bluefin tuna to ensure stable supplies of high-quality bluefin tuna. 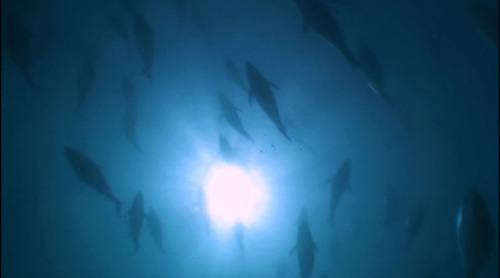 [Divers feed the tuna in the cage] 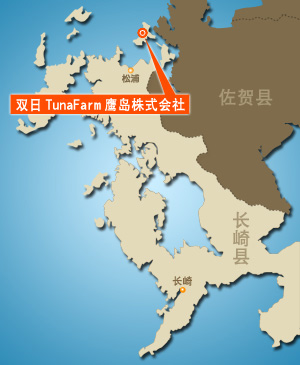