Interflour Vietnam Limited (IFV), a leading Vietnamese milling company owned 20% by Sojitz Corporation, completed the Cai-Mep Agri Port (CAP) at the end of November. A commemorative ceremony to mark the completion of the port was held on December 1 with Vietnamese government officials in attendance.

In southern Vietnam, bulk cargo handling in the vicinity of Ho Chi Minh City was primarily by small and medium-size vessels at public berths with shallow water depths, and cargo capacity was insufficient to meet growing grain volumes, resulting in frequent vessel delays. It is expected that the completion of CAP will significantly improve conditions. IFV plans to handle 1 million tons of cargo in the first year of operations and 2 million tons or more within five years.

IFV also decided to invest approximately 2 billion yen in new milling lines to meet rapidly-growing domestic demand in Vietnam. The new facilities will double milling capacity from the current 500 tons per day to 1,000 tons per day by the end of 2011, and it is expected it will become Vietnam’s largest milling company. Diets in Vietnam are undergoing Westernization in conjunction with economic growth, and demand for flour is rising every year. In 2009, wheat imports were approximately 1.2 million tons, but imports are expected to grow by about 5% annually, reaching approximately 1.8 million tons in 2014.

Sojitz will use the high-capacity port and grain storage facilities to handle grain from Canada, the United States, Australia, and other countries and to procure Russian wheat as well as defatted soybeans, corn, and wheat from South America (Argentina and Brazil) where Sojitz engages directly in the agricultural business for sale in Asia including Vietnam, establishing a commercial distribution network from upstream foodstuff procurement to stable supply to customers. 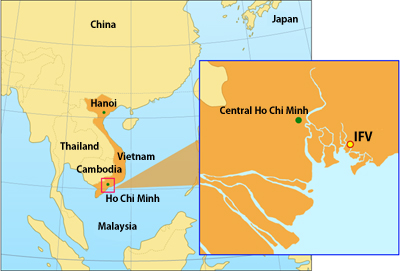 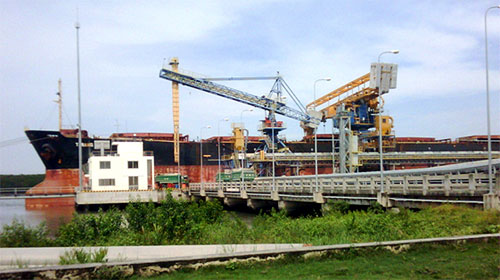