Lynas is involved in the Mount Weld rare earths development project in Western Australia and Malaysia, where operations are scheduled to begin in the third quarter of 2011. Of the rare earths projects around the world, Lynas is currently undertaking the Mount Weld project which has the potential to begin operations and commercial production first.
Rare Earths Development Project at Mount Weld 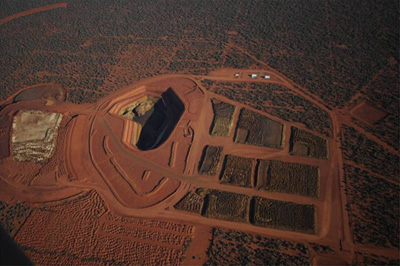 Sojitz and Lynas have discussed the intention of selling the rare earths that Lynas is developing to Japan. To respond to the increasing demand for rare earths, Lynas decided to accelerate the expansion of the project (the total investment amount is US$250 million).

Based on the strategic alliance, Sojitz will serve as a distribution company, and the two companies will investigate a long-term supply agreement to supply more than 9,000 tons per year over the next 10 years after the start of operation. Sojitz and Lynas will jointly market in order to secure end customers for Lynas’s products in Japan and seek financing for the expansion of the project, which will be able to supply the products that meet the requirements of the customers in Japan.

Sojitz will request financial support from the Japan Oil, Gas and Metals National Corporation (JOGMEC) for the expansion of the project.