Sojitz Corporation and Cosmo Oil Co., Ltd. reached an agreement for Sojitz to acquire from Cosmo Oil 10.83% of Qatar Petroleum Development Co., Ltd. (QPD), the joint venture holder of rights to offshore block 1 to the southeast of Qatar. Sojitz currently holds 14.17% of QPD’s shares, and with the new acquisition, its holdings will reach 25%.

In 1997, Nissho Iwai Corporation (currently Sojitz Corporation) and Cosmo Oil signed a production sharing agreement with Qatar Petroleum for the block 1 field, which is located offshore to the southeast of Qatar, the working interest of which was then transferred to QPD. Crude oil production from the Al Karkara oil field in block 1 and the A-Structure North oil field began in March 2006 and reached approximately 6,000 barrels per day by the end of December 2009. In addition, the A-Structure South oil field, a third field in the block, is currently under development, and once crude oil production starts, daily production from the entire block is expected to reach approximately 10,000 barrels. 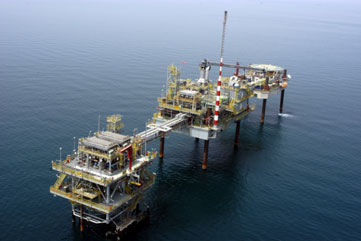 Under its Shine 2011 Medium-Term Management Plan, Sojitz aims to maximize the value of its holdings in the upstream oil & gas sector. The recent acquisition of prime assets is one aspect of these efforts.

In addition, LNG Japan Corporation, which is owned 50% by Sojitz and 50% by Sumitomo Corporation, is continuing steady production under the Las Raffan LNG project in Qatar, and Sojitz will use the experience, technology, and human resources that it acquires from this project to reinforce its presence in Qatar, a country that is expected to undergo further development in the future, and to acquire resource rights while diversifying its holdings outside the Middle East in regions such as the United States, Brazil, Australia, Europe, and Africa. 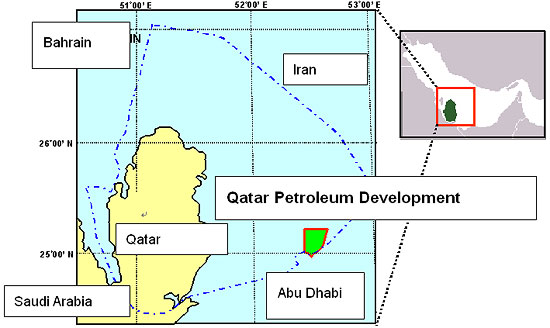 [ Map of the area surrounding the 1 SE Block, offshore Qatar ]