Sojitz and Canada’s Saskatchewan Province-owned Saskatchewan Power Corporation (SaskPower) signed a memorandum to jointly conduct a carbon capture and storage (CCS) project. This is the first time that a Japanese company has concluded a memorandum for commercial development of a CCS business package.

CSS is a technology that seeks to limit the release of carbon dioxide into the atmosphere by capturing and recovering carbon dioxide from the emissions of thermal electric power plants and other similar facilities and storing it underground. Practical application of this technology is expected to be an important option to cope with the global warming issue. 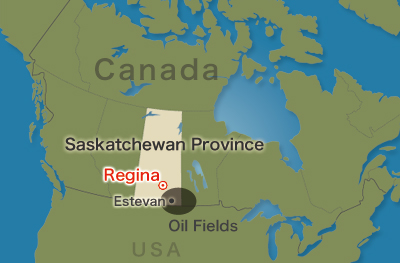 [The power plants in Estevan are located approximately 150 km southeast of Regina, the provincial capital and are situated in about the center of the oil fields.]

Sojitz will make use of its 40 years' experience in coal liquefaction technologies and business development to implement the CCS project. Under the project, Sojitz will submit a total value package that raises the efficiency of coal-fired power plants, an essential element of the project, and combines carbon dioxide recovery technology, transport and sequestration of recovered carbon dioxide in aquifers and oil fields, purchase and sale of carbon dioxide emissions rights, and carbon dioxide enhanced oil recovery (CO2-EOR) that raises economic performance. World-leading Japanese technologies will be employed for this project, and a consortium of Japanese enterprises is a possibility.
Sojitz and SaskPower will complete a grand design for CCS in 2012 while developing CO2-EOR and means of transport for carbon dioxide that it will recover starting in 2013 under a large-scale CCS trial that SaskPower is currently implementing. The project is scheduled to begin in 2013. 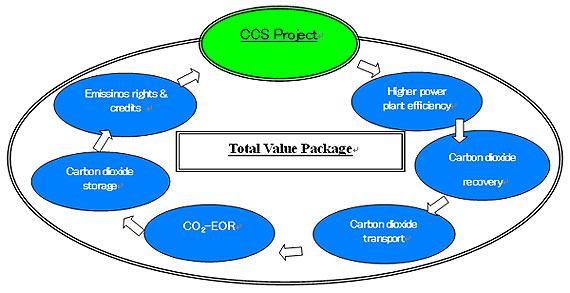 With the support of the Canadian federal government and the provincial government, SaskPower will invest approximately 100 billion yen to modernize aging coal-fired power plant facilities and install carbon dioxide recovery facilities. Under this project, SaskPower is conducting a large-scale CSS demonstration to recover 1 million tons of carbon dioxide annually from a 150 megawatt coal power plant starting in 2013.