It is believed that the prepared foods industry, which has made calorie adjustments in response to adult-onset diseases such as developing formula diet meals and nutritional management meals, will continue to expand in the future as Japan's population ages. Adjusting the caloric content of foods, however, takes additional time and incurs costs, and such foods cannot be preserved for extended periods, and as a result, maintaining the quality of foods and offering frozen foods that can be cooked easily are essential. According to a survey conducted by the Ministry of Agriculture, Forestry and Fisheries, a total of 22 million tons of food waste is produced annually, of which 11 million tons is generated by households. Food waste resulting from leftover food and food that has passed its expiration date is a growing problem. Frozen foods are attracting greater attention because they use unique freezing technologies to maintain the flavor of food, have longer preservation periods than room-temperature and chilled foods, and can reduce waste.

Sojitz Pla-Net has been producing Chef Pack products, food containers developed by Tachibana Packaging that can be used to heat and cook frozen foods in a microwave oven, since 2007. In addition to conventional foods, Chef Pack products are used for nutritional management meals that can be frozen such as low-insulin prepared foods and calorie controlled foods demand from hospitals and diabetes management facilities is expected to grow in the future, and Sojitz Pla-Net began reinforcing its structures for full-scale marketing of Chef Pack products this year.

Chef Pack products are food containers that can be heated and pressurized in a microwave oven while sealed with a top-seal film. As the food is heated in the microwave oven, a function to release the pressure operates when steam holes open automatically, and water vapor remaining in the container is used to heat the food together with the microwaves. Thermal conductivity is high, and steam heated to temperatures in excess of 100°C comes in contact with the food to prevent uneven and partial heating. It is also expected that the products will contribute to energy saving by reducing heating times.

When constructing the nationwide cold chain, Sojitz Pla-Net will utilize a freezing technology known as proton freezing using Useful Freezers, unique freezers developed by Ryoho Freeze Systems, to maintain the freshness and quality of foods. With conventional freezing, ice crystals become large and food flavor is lost during defrosting, resulting in a significant deterioration of quality. When proton freezing is used, the effects of magnetism and electromagnetic waves are used to keep the ice crystals as small as foods freeze, preventing cellular destruction of the foods and making it possible to maintain quality at high levels.

By using Chef Pack products with proton freezing, it is possible to achieve ease of cooking frozen products and maintain product quality while reducing losses from food waste. Useful Freezers have been installed in approximately 70 locations nationwide, which will make it possible to gather fresh frozen foods from around the country.

As it constructs the nationwide cold chain, Sojitz Pla-Net will increase sales to facilities that handle food products for seniors and calorie-controlled foods, the markets for which are expected to grow in the future. Sojitz Pla-Net expects sales in the Chef Pack business to expand to 1.0 billion yen in 2011. In addition, the strength of the entire Sojitz Group will be used to reinforce logistics related businesses and increase income. 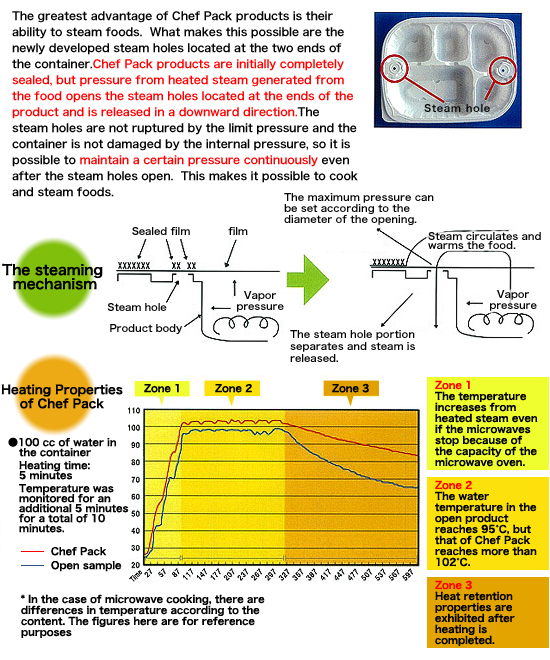 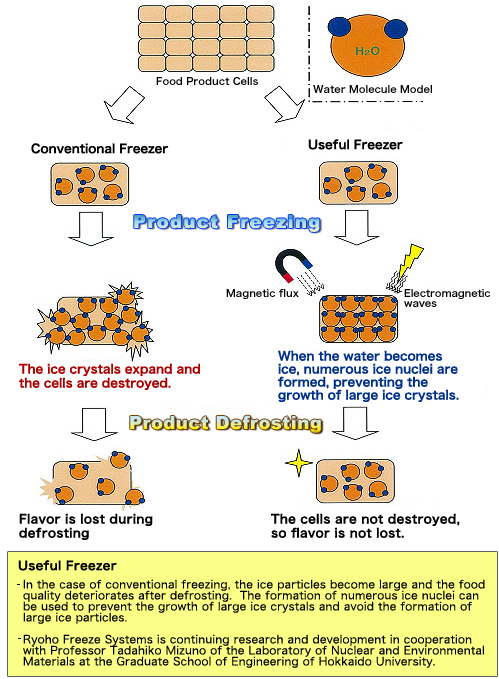