- Contribution to the stable supply of nuclear energy -

Through Kansai Sojitz Enrichment Investing (HQ: Paris, 20% owned by Sojitz and 80% owned by Kansai), the two companies will acquire by June 30, 2009, 2.5% of outstanding SET Holding shares (HQ: Paris, previously 95% owned by AREVA NC and 5% by GDF Suez , which HQ is in Belgium) from AREVA NC.  SET Holding is the holding company of SET (HQ: Paris, Societe d’Enrichissement du Tricastin), which own the GBII plant. 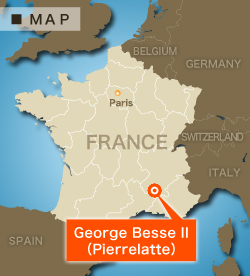 Sojitz have been engaged in nuclear fuel cycle business as an exclusive sales agent of AREVA NC in Japan from the 1970s. Nuclear power generation is focused as an environmental-friendly energy resources and its world demand is considered to increase in the future. It is also the case in Japan and its stable supply in the long term is becoming a significant issue for the Japanese Utilities and Sojitz have launched a uranium development project in Uzbekistan in cooperation with AREVA NC last year. By participating in a uranium enrichment business, which is a necessary process in the nuclear fuel cycle, we will further contribute to the stable supply of safe and environmental-friendly energy resources.

Attachment 1: Outline of the project

Attachment 4: Outline of the company