Sojitz Receives Order for the Largest Cement Plant in Angola

Sojitz Corporation has received an order to build, and provide related infrastructure equipment for, a cement plant in the Sumbe district, about 200 kilometers south of Luanda. Construction of the plant is planned by Angola-based cement operating company Fabrica de Cimento do Kwanza-Sul Limitada (Head office: Luanda, Angola; FCKS).

The total value for the cement plant portion of the subject order, which was awarded to both Sojitz and United Arab Emirates (UAE) construction firm ETA Star International LLC (Head office: Dubai), amounts to 53 billion yen (approximately US$500 million). The cement plant to be constructed will be the largest in Angola, with a capacity to produce 4,200 tons of cement a day. The major equipment for the cement plant will be provided by FL. Smidth A/S (Head office: Copenhagen, Denmark), one of the world's leading cement construction companies, with the scheduled delivery in 2011.

The economy of Angola, one of the few oil producing countries in Africa, is growing rapidly against the backdrop of its abundant energy and metal resources. In accord with its growth, Angola is planning a number of construction businesses such as infrastructure installation, and the country’s demand for cement is increasing. The cement plant, for which the order was awarded to Sojitz, will be the largest one in Angola and will be able to meet approximately 25% of the country’s annual cement demand of 5 million tons.

Sojitz has established a friendship with Angola over the years, and has been working to promote businesses in the country, such as providing loans totaling approximately US$1 billion during the period of 1991 and 2003 (all loans have been recovered). In Angola, not only are new cement plant constructions planned in response to the rising demand of cement, but also various industry promotion-related projects are planned. Following receipt of the subject cement plant order, Sojitz will make several proposals to the Angolan government, such as construction of an industrial park, as well as steel businesses and businesses related to the effective utilization of gas. Sojitz continues to pursue positive cooperation, including investments, in order to contribute to the promotion of industries in African countries including Angola. 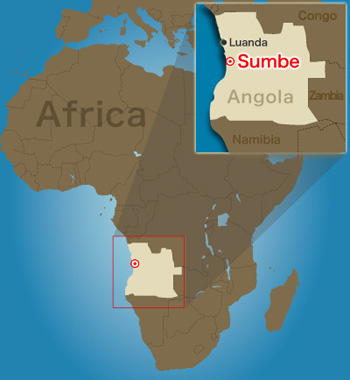