In China, where eating habits are becoming more diverse, potato chip consumption has almost tripled in the past decade, and is expanding at an annual rate of approximately ten percent.  Focusing its attention on the Chinese market, where steady expansion is expected, Sojitz will construct a potato flake production plant in Heilongjiang province, the center of production for potatoes.  The scale of production of the plant will initially be 6,000 tons per year (equivalent to 33,000 tons of ingredients), and it is planned that the production facility will be enhanced so as to double the output in four years. 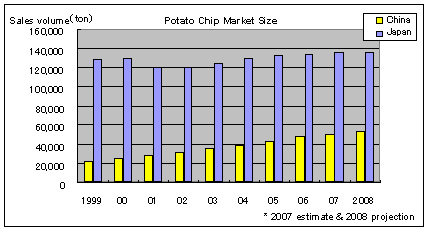 The joint venture partner, Keshan Farm, which is controlled by the Qiqihar Branch of General Bureau of Heilongjiang Sate Farms, is a large-scale farm that owns approximately 27,200 hectares of cultivated land (equivalent to 2.9 times the size of the Yamanote Line inner circle).  Keshan Farm produces potatoes and corn.  The potato flake production plant is scheduled to commence operation in 2008.  The plant will purchase potatoes from Keshan Farm and process them into potato flakes, which it will sell to potato chip manufacturers in China.

The General Bureau of Heilongjiang Sate Farms, which owns 2.27 million hectares of cultivated land within Heilongjiang province, aggressively undertakes dairy farming and meat processing, in addition to growing potatoes and grains such as rice, corn and soybeans, and is engaged in the integrated development of agriculture.  In recent years, the General Bureau of Heilongjiang Sate Farms has promoted businesses such as rice polishing, flour milling, potato starch production, and oil extraction, all of which businesses use domestically produced grains.

In 2007, prior to this business development, Sojitz and the General Bureau of Heilongjiang Sate Farms signed a framework agreement on the premise that an omni-directional strategic alliance would be formed.  The two parties hold discussions on an ongoing basis on technologies and investments to promote co-development.  Sojitz aims to expand its business with the General Bureau of Heilongjiang Sate Farms, and will provide Japanese food culture, secure and safe process management, and a world-wide trading house network. 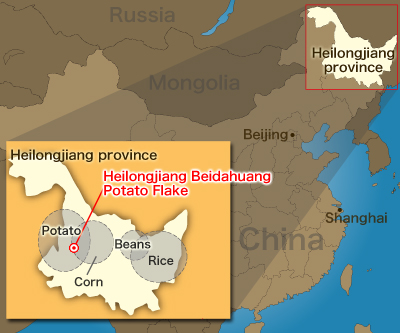 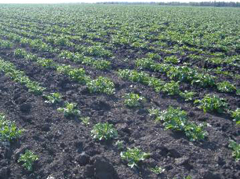 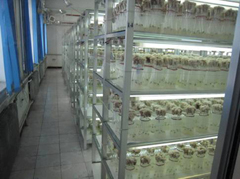