Nippon Sharyo, Ltd. and the Sojitz Group have jointly received an order from Russian rolling stock manufacturer JSC 'Promtractor-Vagon ' (Head Office: Kanash, Chuvash Republic), for a railway freight car production facility for a manufacturing plant that is currently under construction by Promtractor-Vagon in Kanash. The order amount is approximately 7.5 billion yen.

Nippon Sharyo and Sojitz signed a technical assistance agreement with Promtractor-Vagon in 2006. Both Nippon Sharyo and Sojitz organized an in-house special team respectively to review work procedures following the theory of efficient production, and have been making proposals for facilities, machinery and plant layout. Promtractor-Vagon aims to complete construction of the plant in early 2009, with operations scheduled to commence in spring of the same year.

Utilizing the production know-how of Nippon Sharyo, the Promtractor-Vagon plant is planned to have a unique combination of a batch-processing method parts production process and a single assembly line. The plant will enable increased productivity and will reduce costs such as workforce cost and facility cost. The plant will feature a short time tool change operation that allows a single assembly line to manufacture more than one type of vehicle. The annual production capability of the plant will be 6,000 coal and iron ore transportation gondola cars, 7,500 container cars and 2,400 motor vehicle transportation freight cars.

In addition to the transport of coal, which is representative of energy and resources, which in turn are distinctive features of the Russian economy, transport by rail has also come into use for the transport of automobiles and home appliances, into which fields Japanese companies are aggressively entering. With the economic development in Russia, the demand for railway freight cars is rapidly increasing. Promtractor-Vagon plans to manufacture vehicle types that are tailored to the demands of its sales outlets; Russian Railways, leasing companies, and coal companies.

In the past, Nippon Sharyo has provided its freight wagon, passenger car and electric train manufacturing technologies to railway car manufacturers in Taiwan and Indonesia, and is thus focusing its efforts on overseas local production operations. In December 2007, in an effort to extend its capabilities in responding to overseas projects, the company developed its sales-focused International Sales Department into the International Project Department, which undertakes management on a consistent basis, from sales to after-sales service. For businesses in Russia, the company established the Russian Project Group within the said International Project Department in order to enhance its response to the business potential there, since it sees Russia as a new market with great potential.

Nippon Sharyo and Sojitz continue to address the need for railway cars, parts and enhancement of production facilities, in response to the active demands of the railway-related market in Russia. 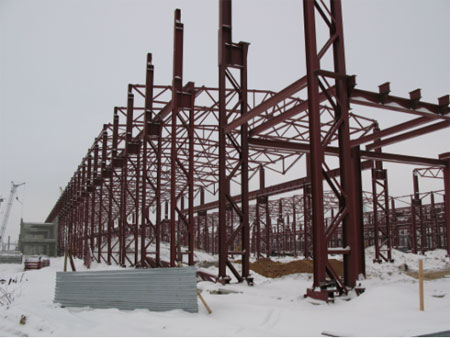 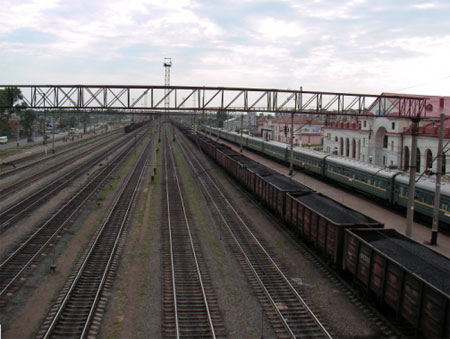