Sojitz Corporation has received an order from Japan Coast Guard, which is under the oversight of the Ministry of Land, Infrastructure and Transport, for 3 units of maritime patrol aircraft, which structure is based on that of the Bombardier 'Dash 8 Q300' aircraft, and for spare parts such as engines.

In addition to its speed, freight transport capacity, in-flight comfort and economic efficiency such as operating cost, 33 'Dash 8 Q300s' are already in operation in Japan by airline companies. Further, Sojitz received recognition for the fact that a support system for aircraft operation has already been established. Delivery of the order is scheduled for February 2009. 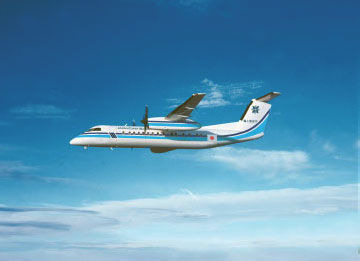