Sojitz Corporation has acquired, from independent US oil developer Improved Petroleum Recovery Inc. (abbreviated as IPR; Head office: Texas, USA), a 35% working interest in an onshore crude oil production block of the Alamein and Yidma oil fields, located 80km west of Alexandria in the northwest of Egypt, at a cost of approximately 1.7 billion yen.

Both the Alamein and Yidma oil fields were developed in the 1960s, and currently have recoverable reserves of 13 million barrels. The entire volume of crude oil to be produced will be sold to state-owned oil companies in Egypt.

The Egyptian government has a policy of aggressively supporting foreign capital development/redevelopment, with the objective of expanding crude oil/gas reserves and increasing production volumes. In Egypt, there are many production blocks that indicate potential for high production increases as a result of the introduction of Enhanced Oil Recovery (EOR) and Improved Oil Recovery (IOR) technologies.

Sojitz has a policy of aggressive involvement in investment participation, mainly in such production increase redevelopment projects, and the subject working interest acquisition is the first such activity carried out by the company.

Through the aforementioned natural gas production increases, the Egyptian government plans to expand its LNG export volume from the current 12 million tons to 20.5 million tons within a 2010-year target period. Sojitz plans to provide gas to the LNG production increase project planned by the Egyptian government, which gas will result from increased production, and which will be produced as a result of gas field development/redevelopment projects in which Sojitz is considering participation. The company also plans to sell such gas as LNG to Europe, North America and to the Asian region, including Japan.

Sojitz positions its petroleum and gas field production and development operations in the fields of upstream energy business as one of its core businesses, having narrowed down its target to 'blocks in production' where petroleum and gas production have already been undertaken, and 'blocks in development' where the existence of petroleum and gas reserves has been confirmed but production has not yet commenced. The company carries out investments in upstream interests while diversifying risks in geographical areas including the UK, the US, South America, Africa, the Middle East and Africa, without concentrating exposure in the same regions and exploration blocks.

In the 'New Stage 2008' medium-term management plan implemented by Sojitz this fiscal year, the company plans to make new investments and loans of approximately 70 billion yen in the fields of petroleum, gas and LNG businesses over the next three years, and is promoting a steady expansion of equity production volume and enhancement of gains.

Sojitz excels in providing information relating to working interests by reason of the long-term relationships it has cultivated with private oil companies, state-owned oil companies, contractors and drillers all over the world. The acquisition of the subject working interest results from relative negotiations with the partner, not from a bid. 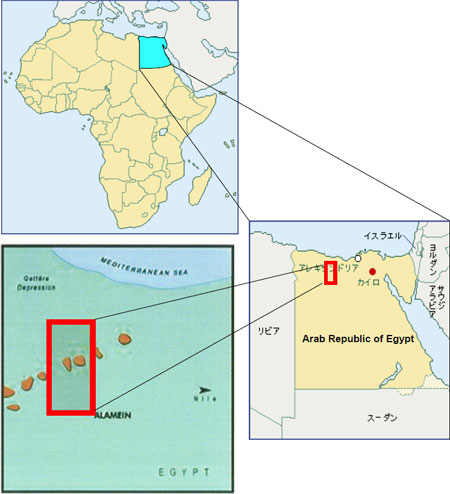