Evaluation of Initiatives during the Year Ended March 31,2012

Expanding the scope of the questionnaire survey - most notably to include second-tier suppliers - and initiating face-to-face communication with suppliers were significant steps forward.

The next stage will be translating the results of the survey and communication into concrete actions. Examples of such actions could include adding CSR-related clauses to contracts with suppliers, and introducing human rights and environmental due diligence. In the year ending March 31, 2013, I would like to see the Sojitz Group put together an action plan for the next step.

(2) Promotion of Businesses That Contribute to Preventing Climate Change

Amid signs of slowing economic growth in developing and emerging countries, the Sojitz Group's compound feed business in Southeast Asia and establishment of overseas industrial parks in emerging countries, which are described in the report, can both be commended as businesses that contribute to the long-term development of these countries. I hope the Sojitz Group will steadily maintain these initiatives regardless of economic conditions.

In the year ended March 31, 2012, the Sojitz Group continued to make steady progress in addressing globalization and social diversity, and in introducing effective systems and measures that enable employees to fully utilize their talents. Promoting employees based on merit without regard to nationality, gender or other individual attributes ensures world-class management, which is essential to the long-term growth of Japanese companies. I would like the Sojitz Group to maintain its current direction and continue to reform its personnel system.

I have two points to make about Sojitz's CSR initiatives in general.

First, for CSR initiatives to succeed, all employees must understand the importance of the company's social responsibility and be willing to contribute personally. From that standpoint, the CSR e-learning program implemented in the year ended March 31, 2012 is very significant. I want the Sojitz Group to continue working to raise the awareness of every employee.

Second, acknowledging that a problem exists is the first step to resolving it. That goes for every area of management, and CSR is no exception. I would really like the annual report to mention aspects of the Sojitz Group's CSR that need to be improved.

The Sojitz Group made solid advances in its CSR initiatives in the year ended March 31, 2012. I am confident that the Group will make further progress by objectively assessing existing problems from a broader perspective and taking action to resolve them.

I sincerely thank Mr. Fujii for his valuable assessment of the Sojitz Group's CSR initiatives explained in Annual Report 2012.

The Sojitz Group considers CSR a management issue of vital importance, and continued to focus on four priority themes for sustained growth in the year ended March 31, 2012.

In promotion of CSR supply chain management, having expanded the scope of the questionnaire survey and visited suppliers to further exchange information we will now move toward the next step, which will include disclosure of details related to these initiatives. We will also continue to contribute to reduction of environmental impact through our businesses, address social diversity, and implement personnel system reforms such as cultivating employees who can exercise their talents in a business environment of accelerating globalization.

As Mr. Fujii pointed out, for our CSR initiatives to succeed, it is essential that all employees understand the importance of the company's social responsibility and be willing to contribute personally. We will strengthen the Sojitz Group's CSR initiatives with a focus on raising the awareness and motivation of our employees, the driving force of our corporate activities. 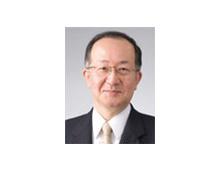