Where marine resources are concerned, international fishing quotas are being imposed on catches of tuna fish. Meanwhile, demand for fish and shellfish is growing in Europe, the U.S. and China, and given that tuna will be scarcer over the medium to long term, there are concerns as to whether stable supply can be maintained.

Against this background, in 2008 Sojitz became the first major trading company to invest directly in tuna farming by establishing a tuna farming company in Nagasaki Prefecture and going into the bluefin tuna farming business. On Takashima Island (Matsuura, Nagasaki Prefecture), where blowfish farming was an already established industry, Sojitz, together with the local fishing cooperative, founded the Sojitz Tuna Farm Takashima Co., Ltd. to make good use of the know-how available locally, revitalize the industry and provide employment, with the aim of ensuring stable supplies of tuna. Shipments of tuna to the domestic market are scheduled to start at the end of 2010. 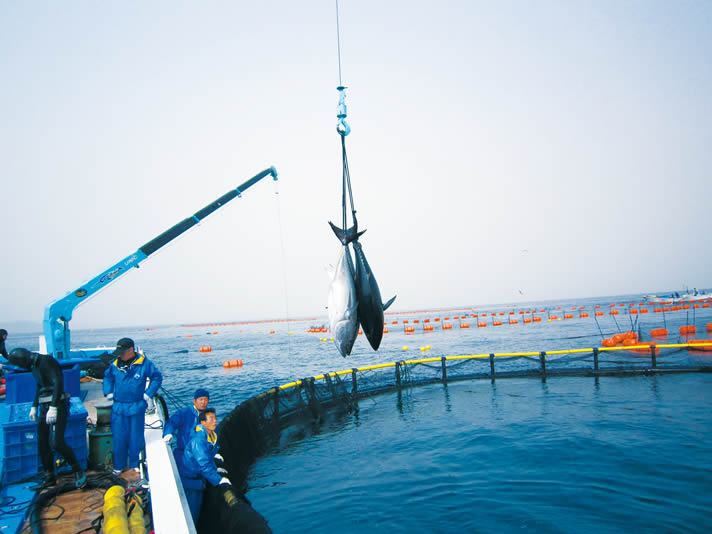